Today was our first day in the Intracoastal Waterway, from here on out abbreviated as ICW. We started early as we had to go 50 statute miles, through 5 draw bridges and a lock. The first part of the ICW was very industrial and busy with tugs, ships and naval craft. You can see the lift bridge in the picture. There are many bridges like this that lift up to let you go by. Most are train bridges and are normally left up. 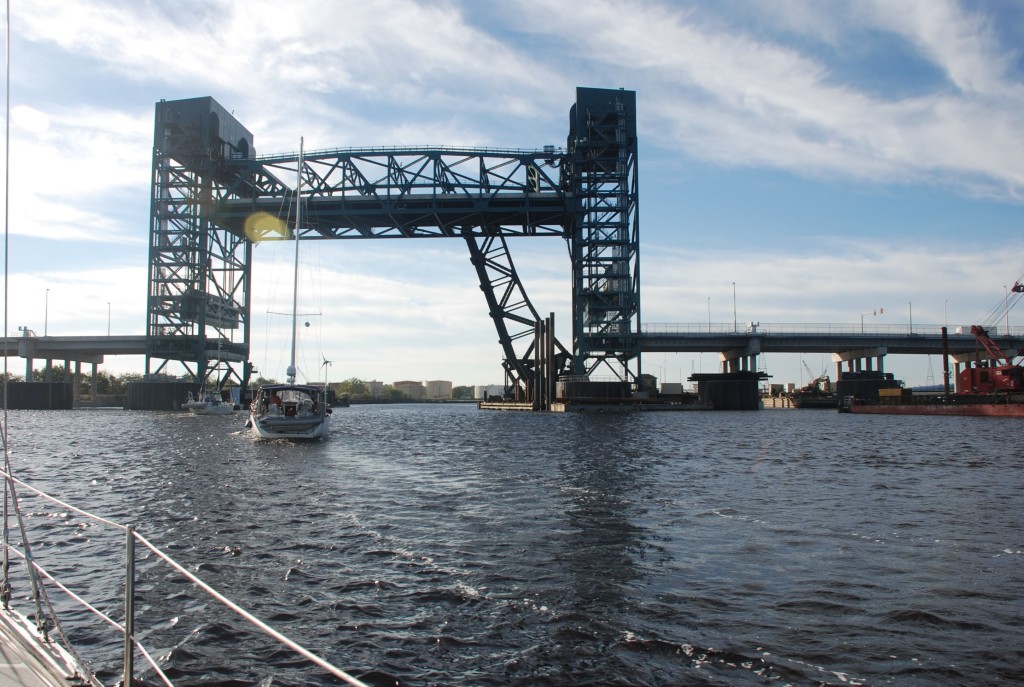 Then we came to the Great Bridge Lock. This lock is used to control the tidal level downstream and takes you down around 5 feet. Having done the Erie Canal, this lock was really lame! We couldn’t believe that it took 45 minutes to get through this lock. In the Waterford flight of 5 locks on the Erie Canal, we went through 3 locks in that amount of time. At least they helped you position the lines from your boat.

On the way to the lock we passed the USS Eisenhower aircraft carrier. It was impressive: 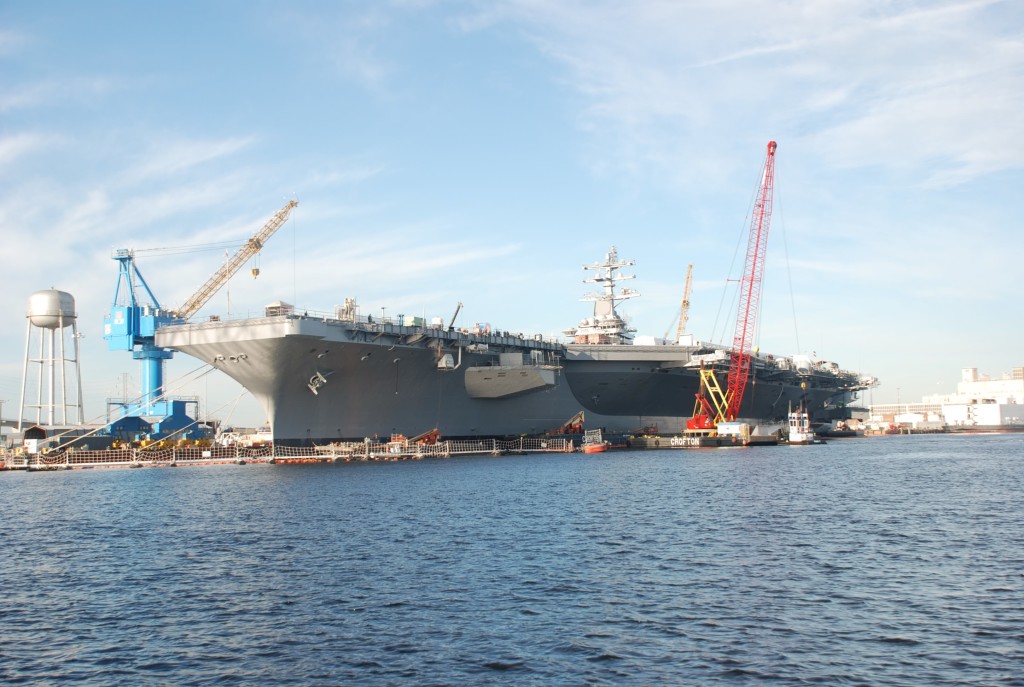 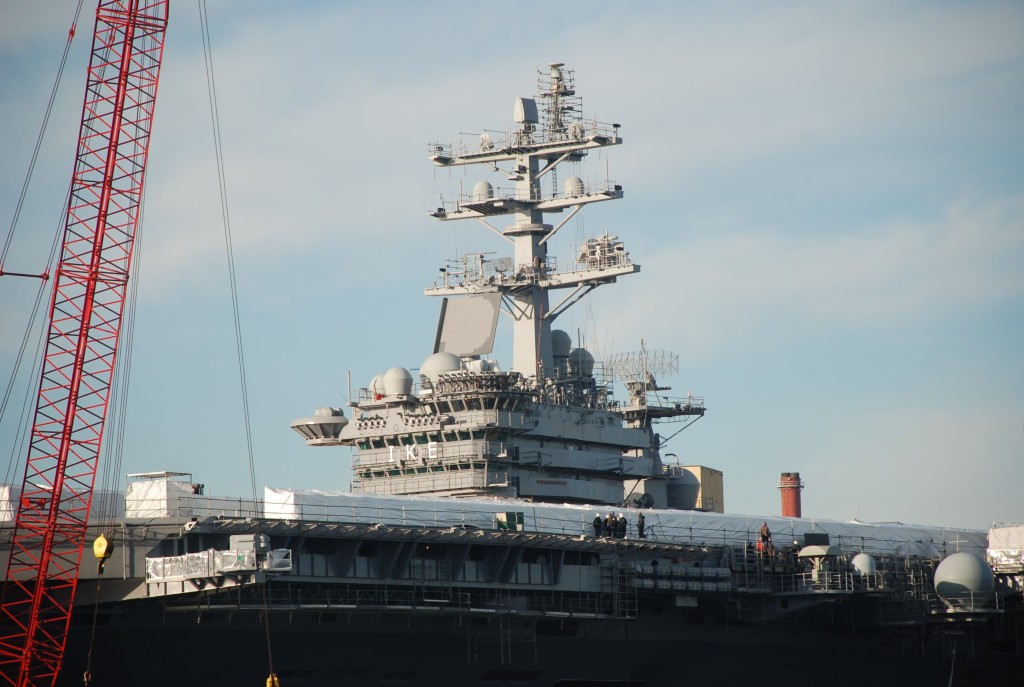 There were several other kinds of bridges including lift bridges that open at the center, and swing bridges: 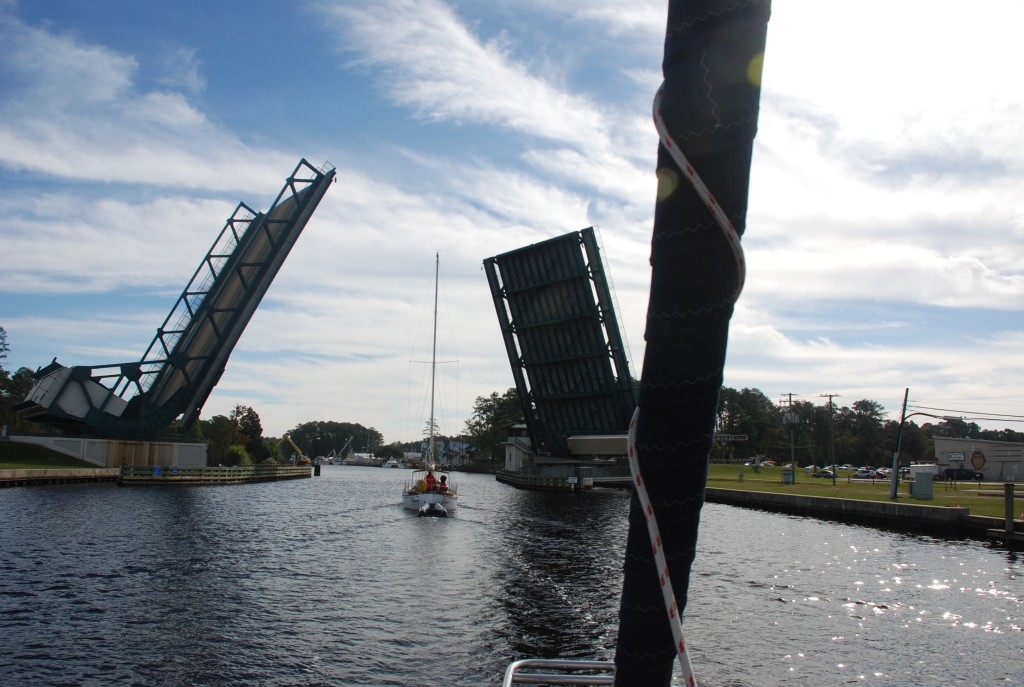 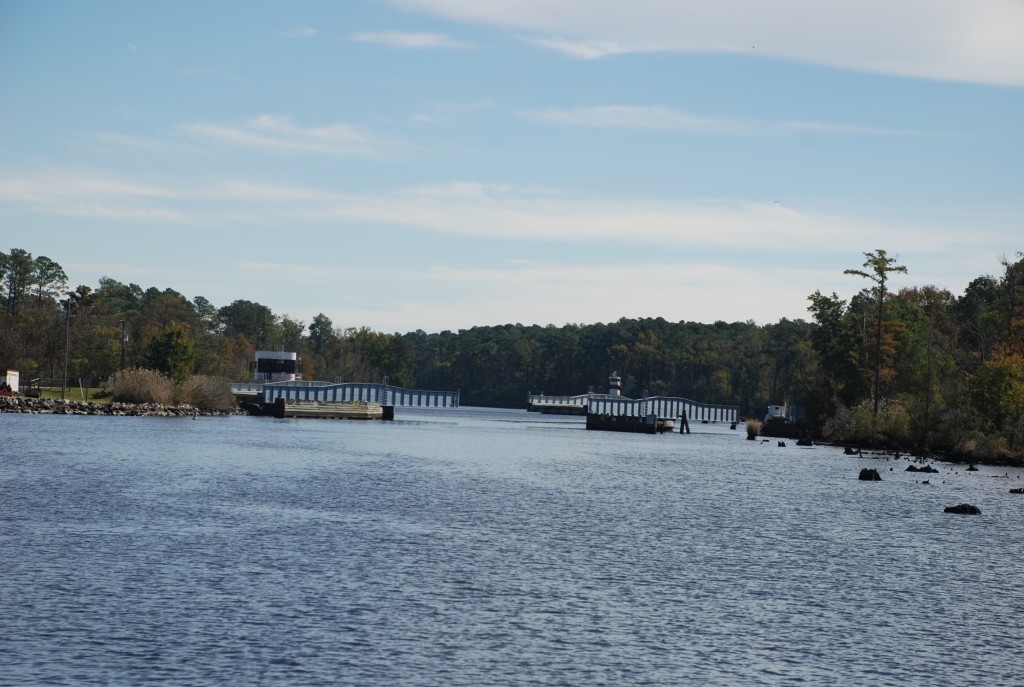 Most of the bridges and the lock operate on a restricted schedule, so you have to time your arrival or you can be waiting an hour for the next opening. At the one swing bridge a barge came through in the opposite direction and we had to wait until it passed us before we could go through. We had to move over to the side of the of the channel and hold our position to let him through. It was not easy with the winds. 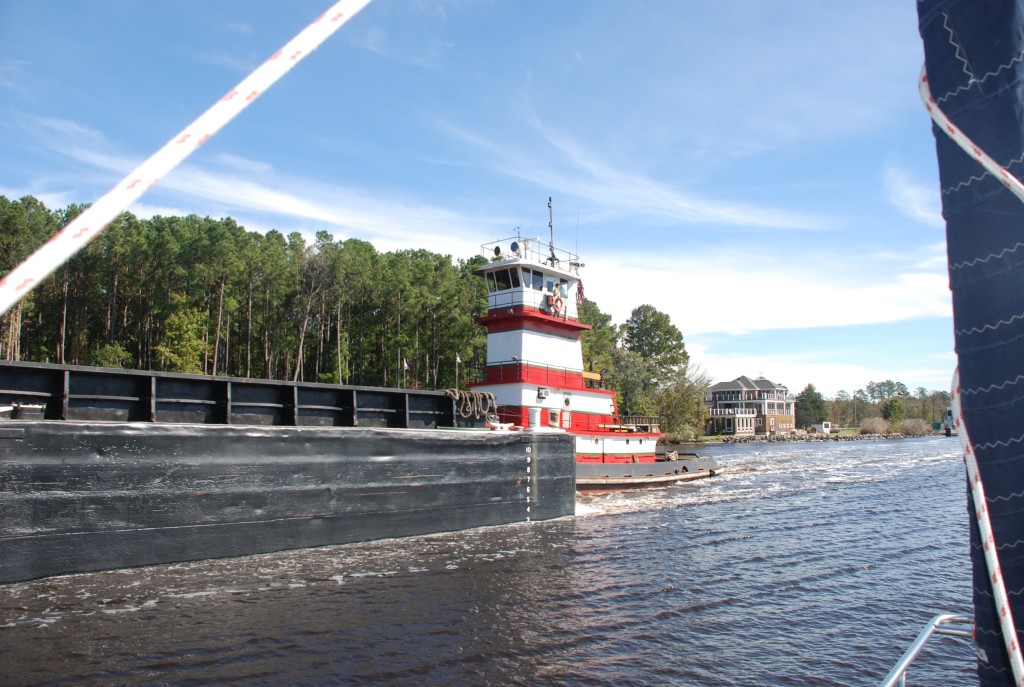 Especially difficult because at the edges of the channel there are stumps and submerged obstructions. 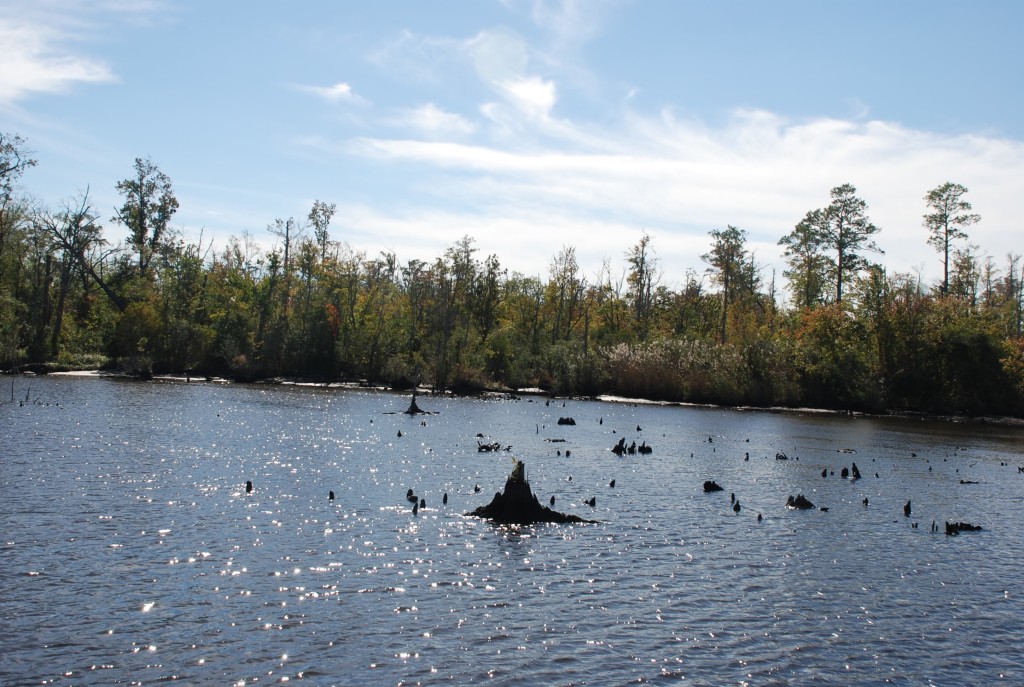 It took a lot of concentration all day to navigate the waters. It reminded us of the Erie Canal once we got out of the industrial section. 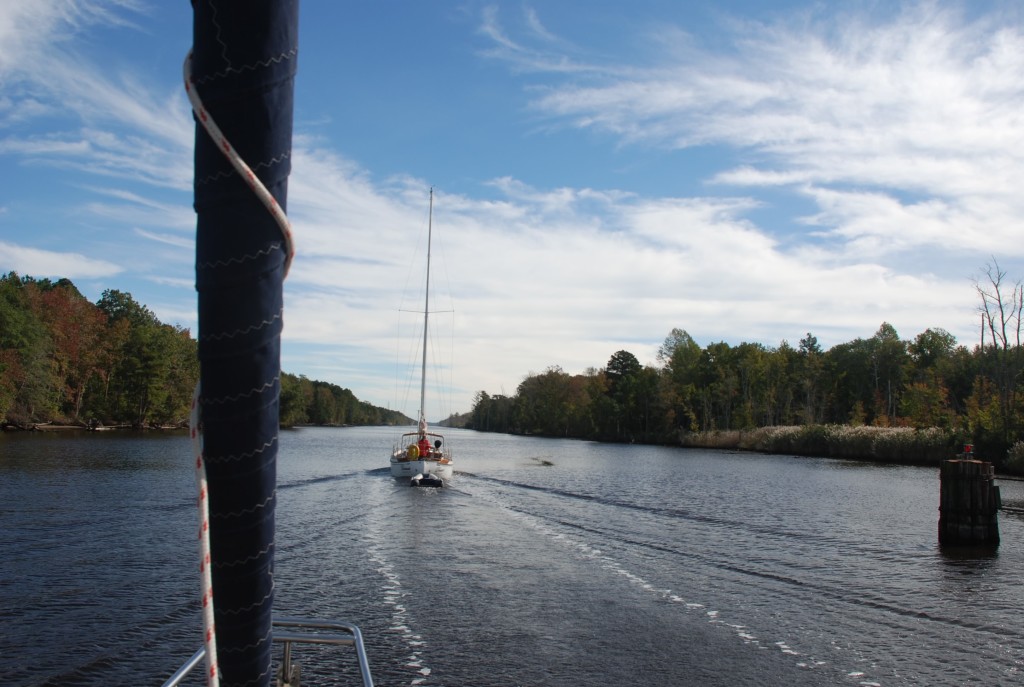 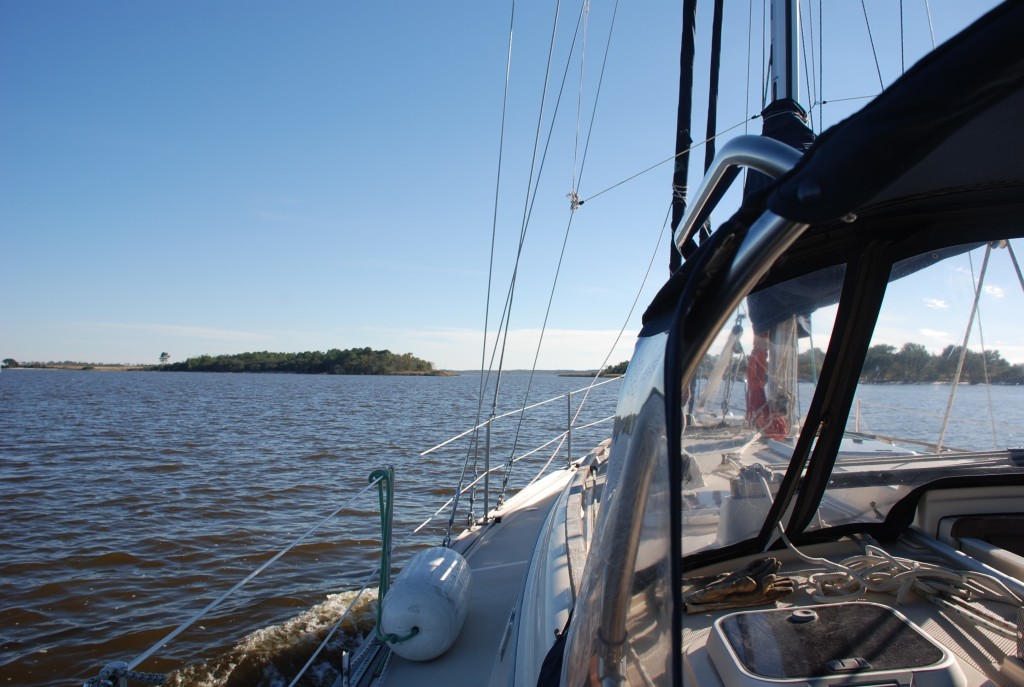 We saw lots of birds. These cormorants (at least we think that is what they are) were doing this weird pose with their wings open. Not sure what their deal was. 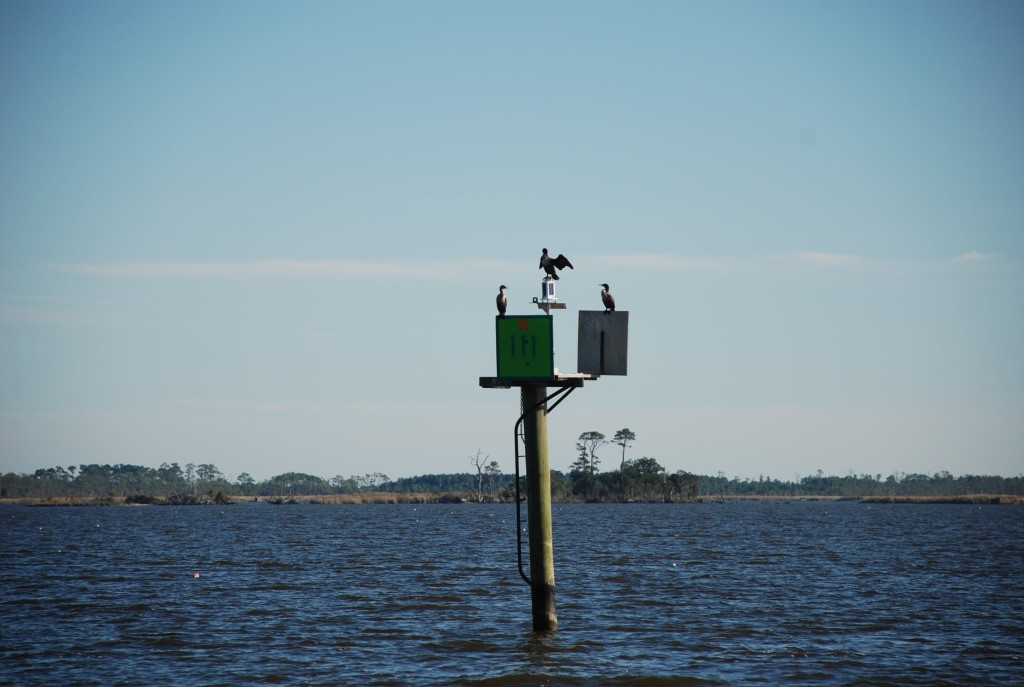 We made it to North Carolina and stopped in a remote area called Coinjock, staying at the Midway Marina and Motel. 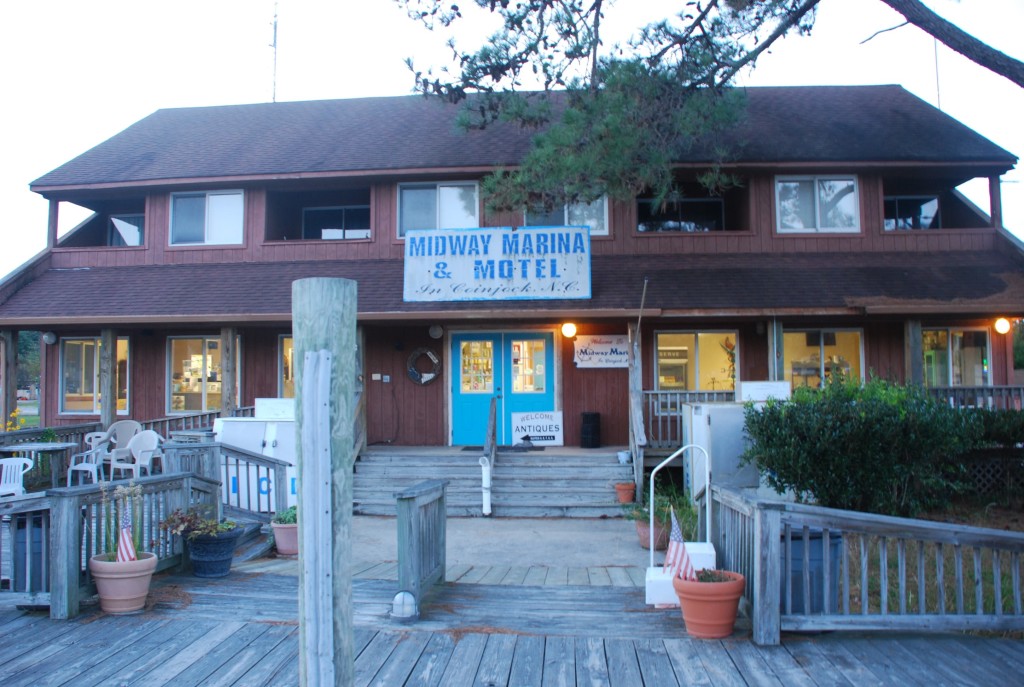 Tricia called it the “Bates Marina and Motel” and was on the lookout for Norman and his mother. I called the whole area “Deliverance County”. The people were nice as can be and we had a really good dinner at the marina. Pic of Coinjock marina across the river: 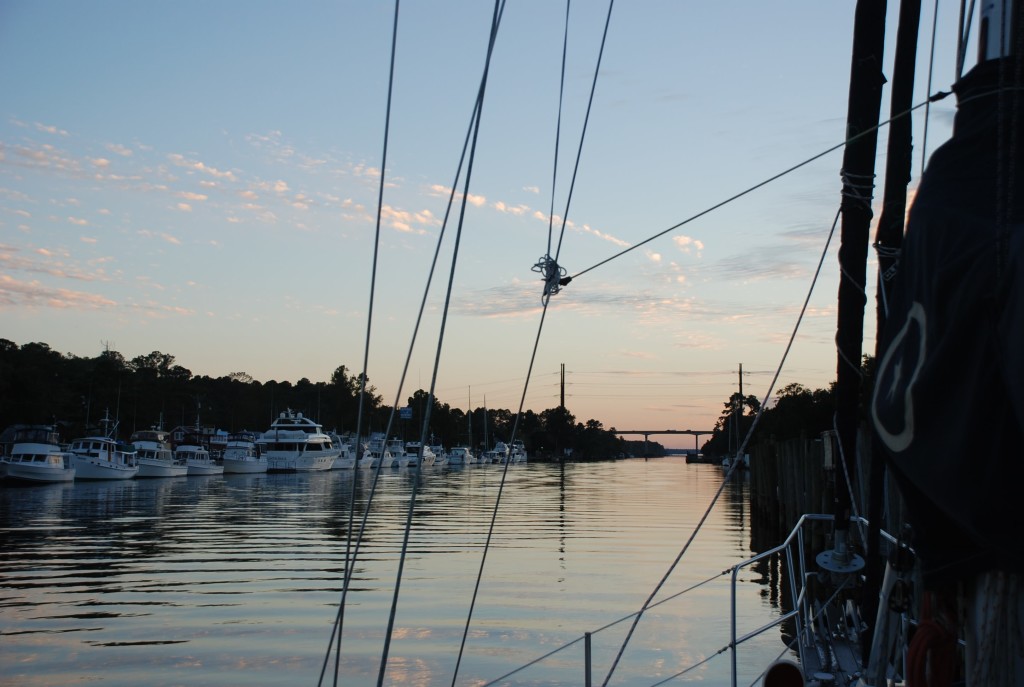 Me, on the lookout for Norman: 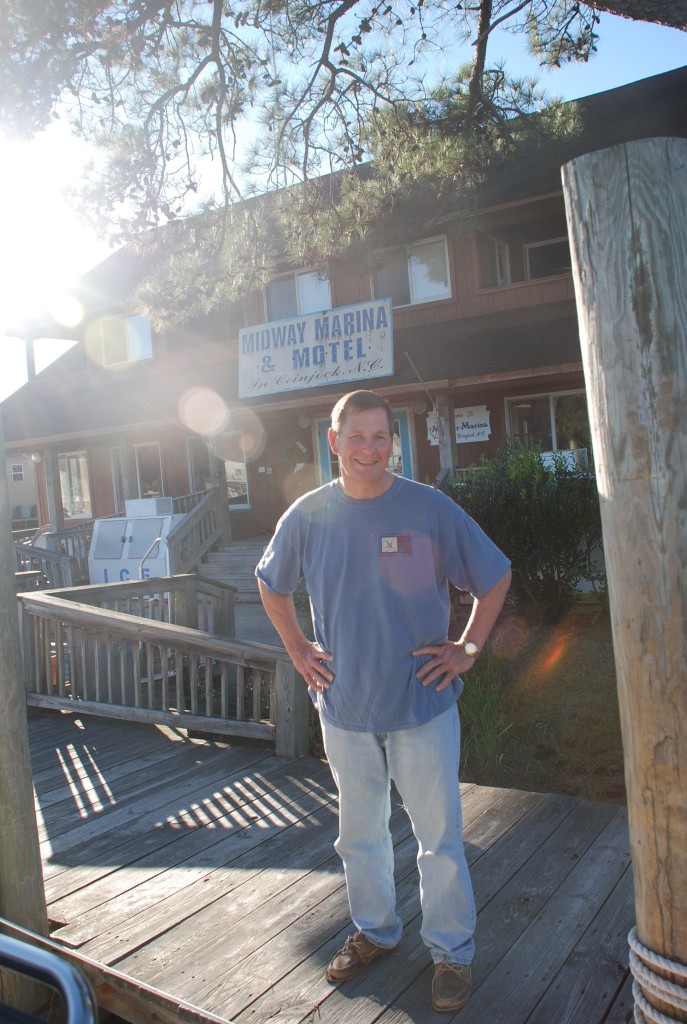 We were exhausted from the trip and passed out after dinner, so I didn’t get the blog done until today. In the middle of the night our boat lurched and it sounded like someone jumped on board. I woke up, jumped out of bed…ready to kick some ass…and it was a damned tug boat blasting by. They threw a huge wake that slammed the boat against the dock. Wish I could have given them a piece of my mind.

Boat name of the day: Leaping Ground Hog
WTF!!! Who comes up with a name for boat like that? It has absolutely nothing to do with boats or boating or anything else that is normal. We heard them contact a bridge operator and the conversation went like this: