Well…last week was a rush. We had a long time to watch hurricane Matthew form and move north, and the predictions of its path changed daily…sometimes hourly, which made it a nerve wracking couple of weeks. To top it off, our eldest daughter and her family were coming to the Topsail Beach for the first week in October, and we were going to spend the bulk of the week with them. We left for Topsail, a 90 minute drive from us, on Sunday, October 2. Before leaving, Matthew was supposed to be offshore when it passed by Southport and we were only supposed to get tropical storm force winds. We prepped the boat by taking the solar panels off, securing everything on deck and dock, and tying down the sails, and doubling dock lines, which is sufficient for tropical storm winds. By Monday, it was clear that we were going to have hurricane force winds, so we drove back from the beach for a day and prepped the boat by taking off all canvas (bimini, dodger, side panels), taking down all of the sails, hoisting the dinghy up on deck and strapping it down, and removing everything from the deck and dock. It took all day, and then we drove back to the beach. 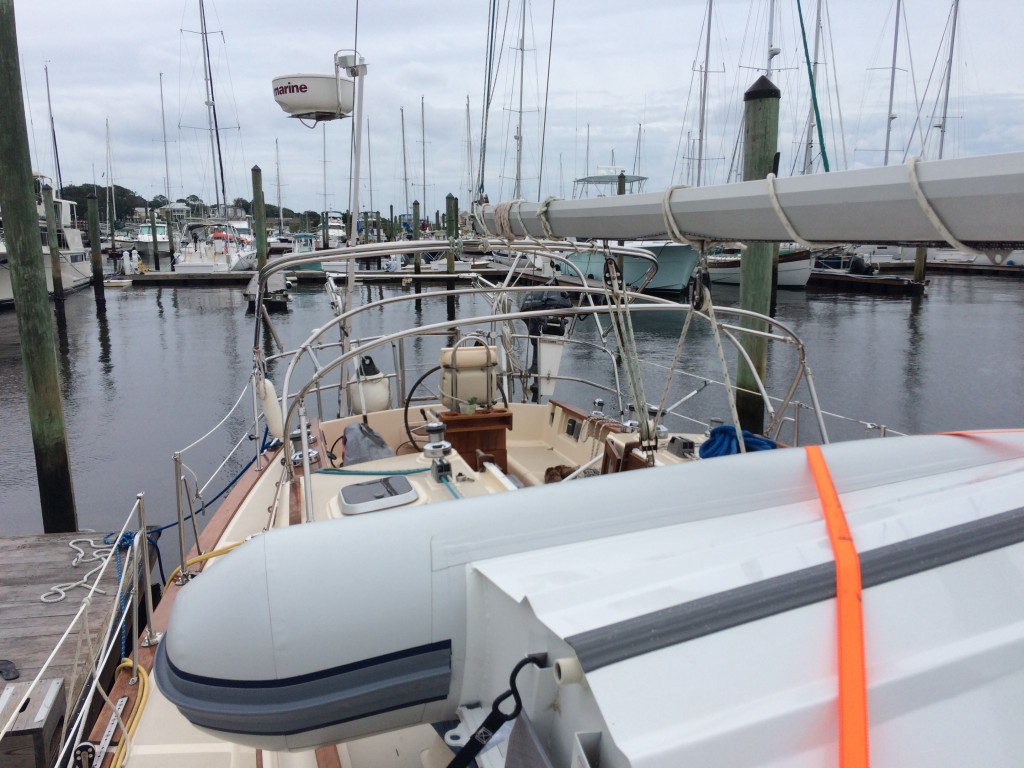 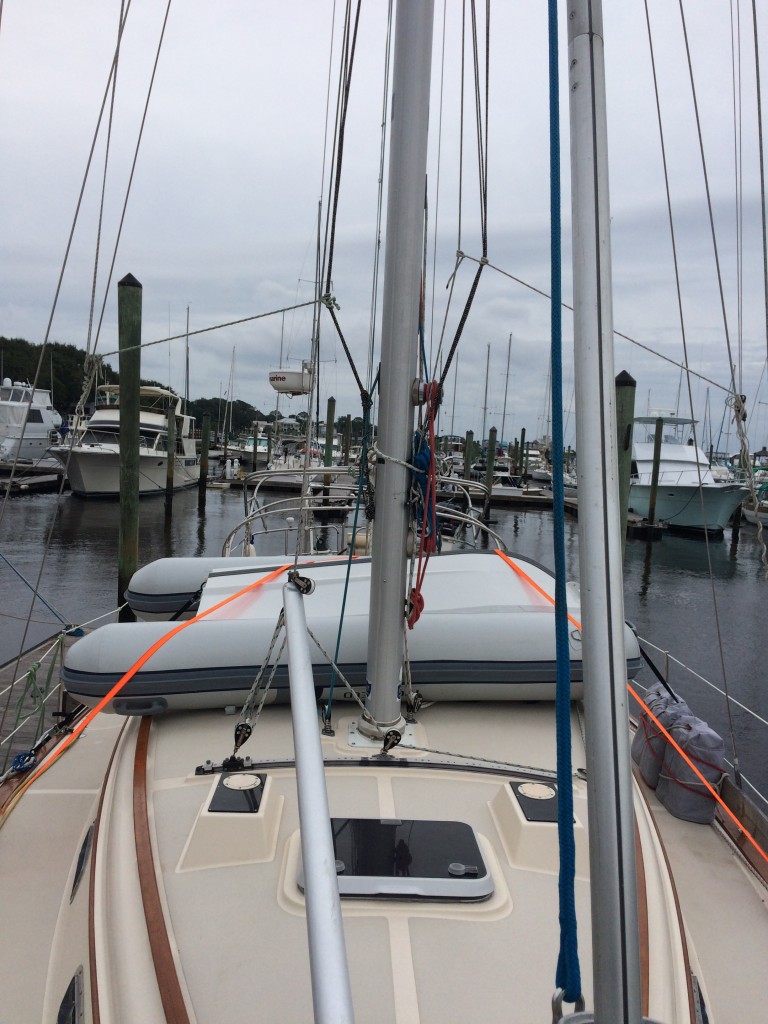 We considered tying off to the boat next to us, which would pull both boats off of the dock, but the worst of the winds was going to be out of the east at tropical storm force, which hits us on the stern (back), and from the north at hurricane force, which pushes us off the dock. There are large buildings on the north side of the marina which gave us some protection from the full force of the wind, and after taking all things into consideration, we decided not to tie the boats together. The marina at Southport is rated for hurricane force winds and it is very well protected by the surrounding landscape, and we took that into consideration as well, otherwise we would have tied to pilings and possibly moved the boat into the marina fairway.

We came back from the beach a day early on Friday. The storm was supposed to hit on Saturday evening, but we were supposed to get tropical storm force winds Friday night, building up throughout the day Saturday. We wanted to see how the boat behaved and make any adjustments before things got really hairy, and we stayed on board Friday night. The winds howled and we got bouts of rain, and the boat did very well. The tide never went down for a few days…it was really weird. On Saturday, we thought the marina would flood at high tide (it never did), and we had an invitation to stay with friends in town, so we packed up the generator, some fuel, vodka (priorities!), food and clothing, and drove to their house. Right before the brunt of the storm hit us, the rain stopped, so we took drinks and walked around Southport to check out the conditions. I took mostly videos which this blog software does not support, so I can’t post them. Check out my Facebook page for those. Here are a few snapshots along the Southport waterfront: 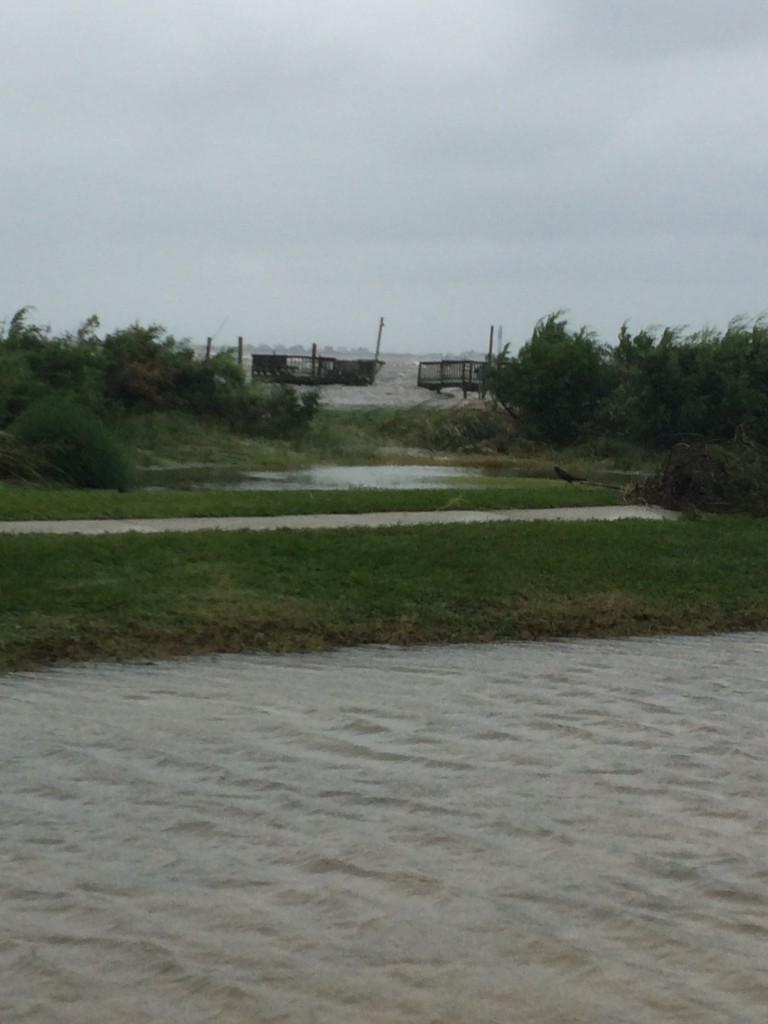 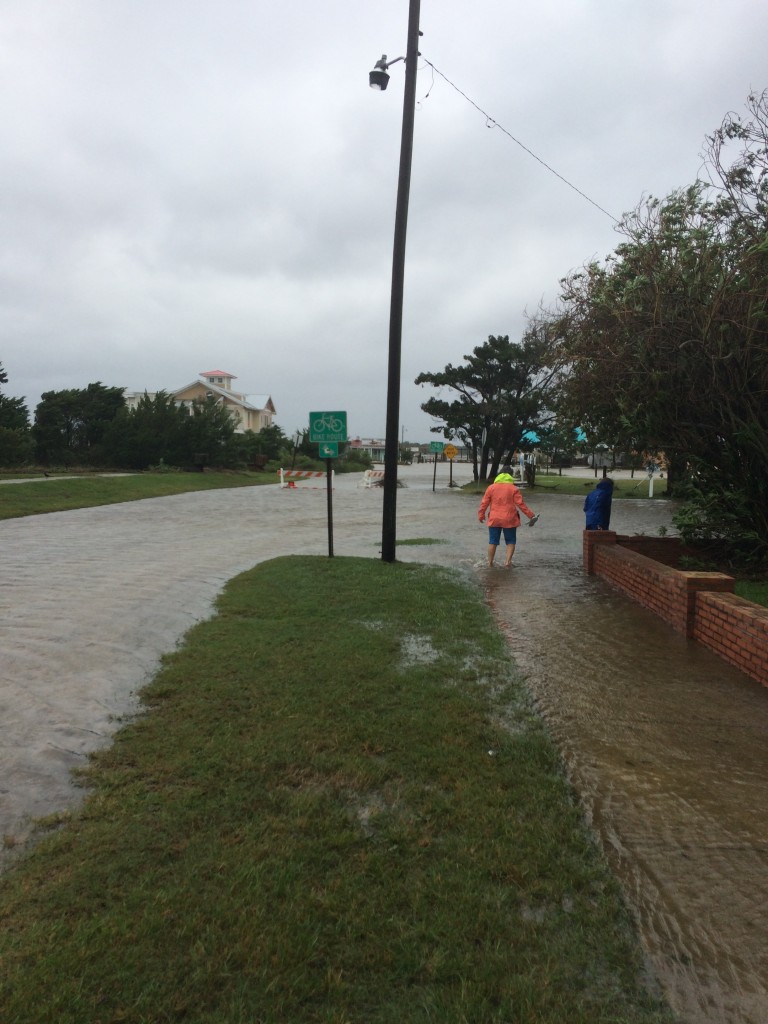 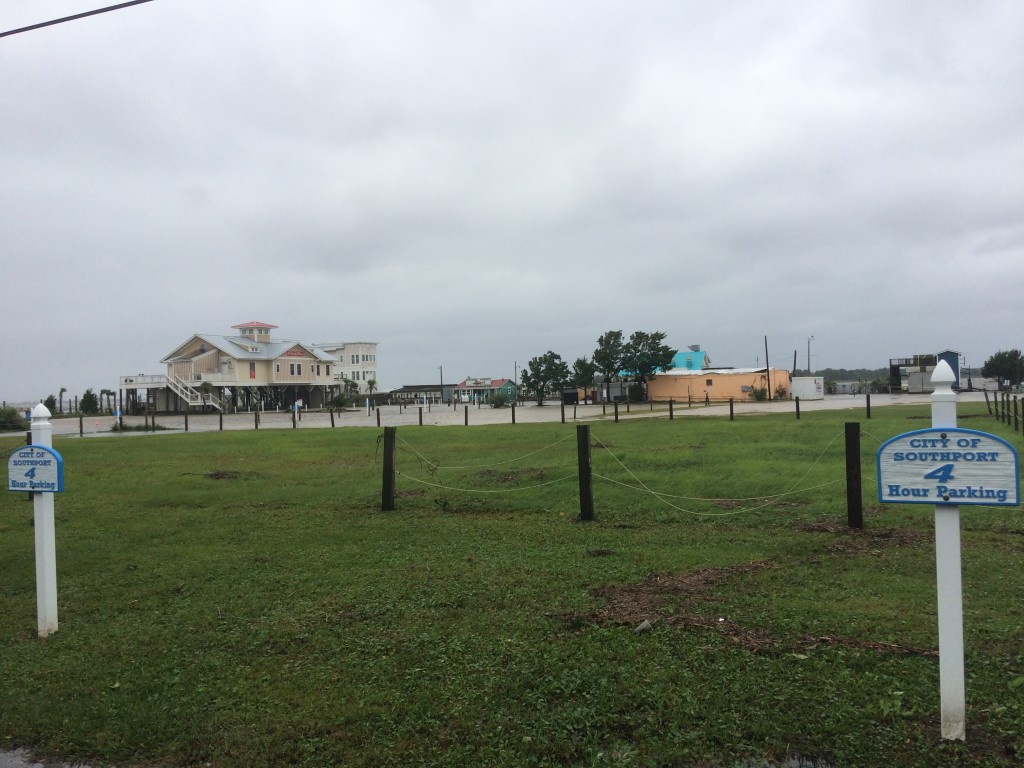 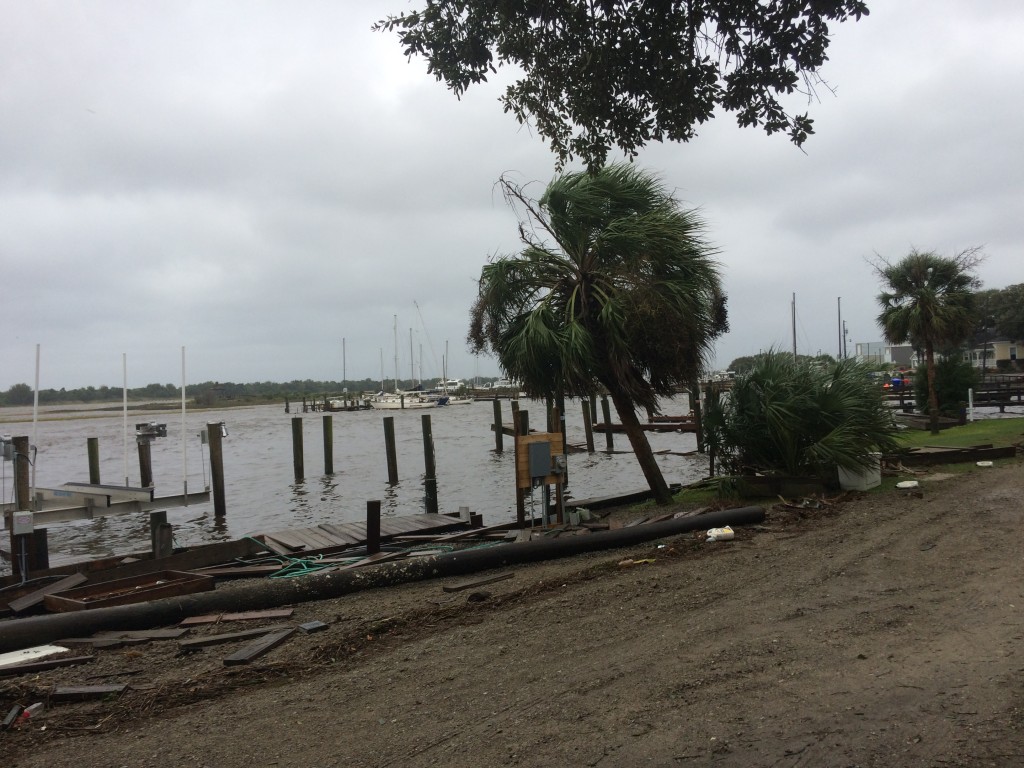 The waterfront flooded pretty bad, but nothing was torn up. The yacht basin was flooded and many of the docks were destroyed. Around 8 PM the eye passed over us as a category one hurricane, and the winds shifted to the north. The winds after the shift were significantly stronger than before, and it was pretty crazy. We had winds measured at 82 MPH (from one of the boats near by). We never lost power, thankfully. The boat did fine. There was a boat that broke loose in the marina and ended up in the weeds on the west end, and one that partially broke loose, causing it to bang into the boat next to it. In addition, there were several boats that had torn or shredded canvas. Other than that, all was good. We were very fortunate that the storm diminished before it passed almost directly over us, and also fortunate that we didn’t get much rain. The rain all went inland and there is major flooding throughout southeastern North Carolina.

We have many friends who are traveling south in their boats, or left boats in Florida for the summer, so we were very concerned about them. So far, we have not heard anything bad. We have heard that several of our favorite stops along the way south have been severely impacted, and we will have to do some research before we head out in a couple of weeks (November 1). We had made dock reservations at the Charleston Maritime Center for November 4th through the 7th, but we are hearing that they may not be able to reopen for a month.

We have less than 3 weeks before we leave, and many undone boat projects, so the push is on. I expect to be blogging more frequently, especially after we get underway!