We left West End at 5:19 in the morning. We took a heading of 250 degrees, aiming 20 degrees south of our destination to compensate for the strong north current in the Gulf Stream. We had less than 2 foot seas and winds less than 12 knots, and winds were out of the south, allowing us to get some sails up. Here is a look back at the sunrise over West End: 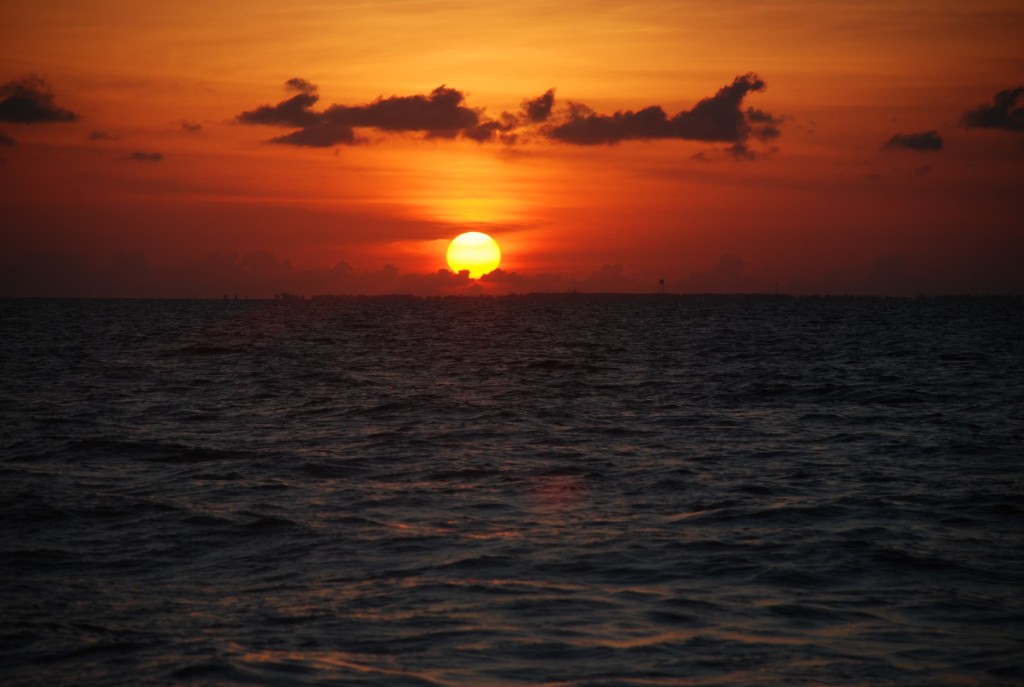 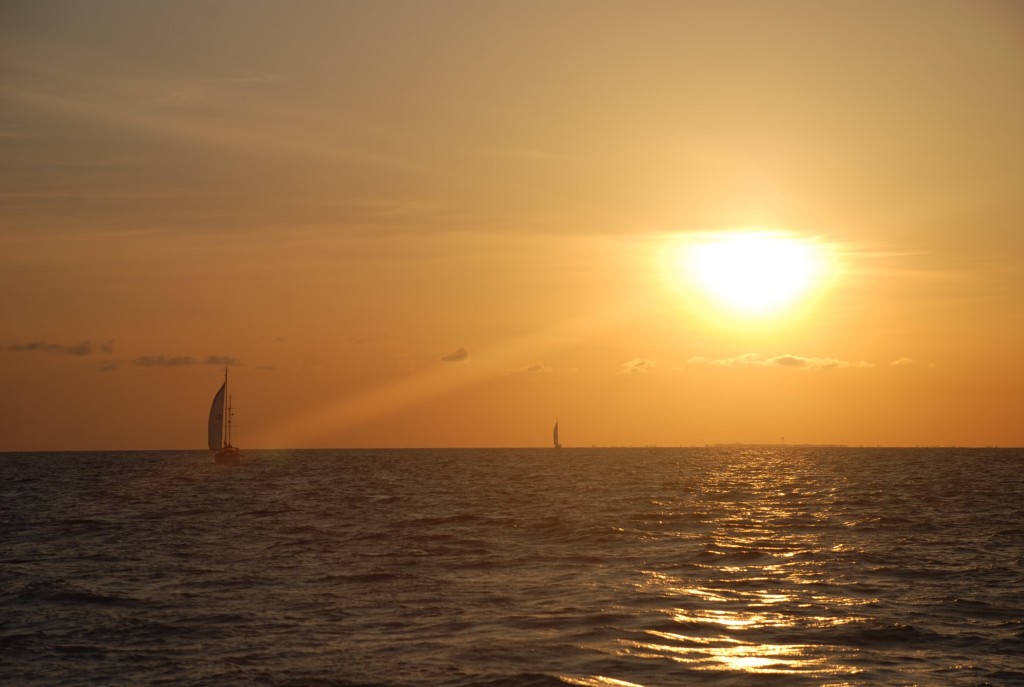 We predicted a passage of around 10-12 hours depending on the wind and seas. Sofia Jeanne and Byrd Ketcher put out some fishing line, no one having much luck. Finally, I told them to have the girls spit on the lure, a wives tale that I read about, and immediately after Sharon spit on the lure Kurt caught a 4 foot Mahi Mahi! Very cool. 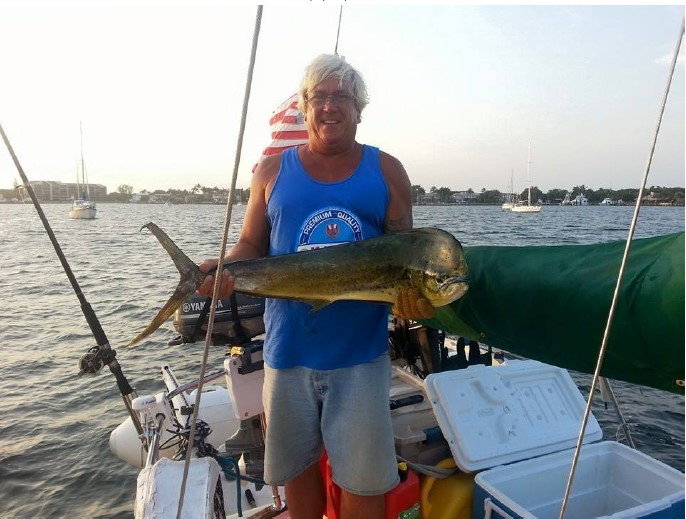 Around the half way mark, the winds picked up and the seas started to build. When we got into the Gulf Stream things got really rough, and the last 15 miles of the trip was exhausting. We were so happy to get into the inlet at Lake Worth, finally out of the washing machine effect of the seas, and we ran right smack into weekend on the Florida ICW (Intracoastal Waterway). If you remember from previous posts, we vowed to never traverse the Florida ICW on a weekend again! Boats, kayaks, wave runners, paddle boards…seamanship out the window…boats going full speed and throwing wakes, one right after the other…complete insanity…all in shallow water, and a waterway that is as wide as a small river! It was almost as bad as the seas we just escaped. Temps were in the 90’s, so everyone who had something that floats was out on the water.

We made our way up to the anchorage on the north side of Lake Worth, put down the anchor, cleared in with Customs and Immigration, and had several cocktails. Here is a few of the anchorage: 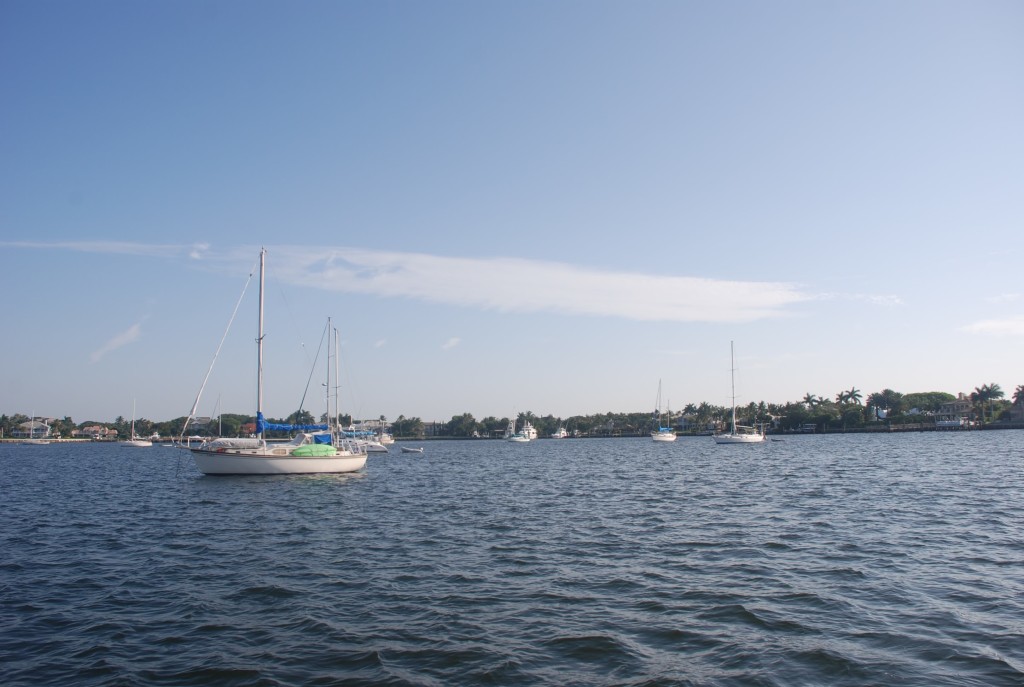 Quite a contrast from the Bahamas…more on that in another post.

Tiger Woods’ boat is docked just across the anchorage from us. It is the one on the far left:

It was really hot and the wind was blowing into the mid-20’s, but we made it home!