Our plan is to work our way north, arriving at Southport, NC the 3rd week in May. We are renting a house with the kids and grandkids at Kure Beach, NC, the first week in June so we need to be there with a week to spare. Other than that, we don’t have an agenda. As always, our life is determined by the weather, and we are expecting storms the next several days and big winds (over 30 knots) Tuesday, Wednesday and Thursday. We want to stop at Fort Pierce and Vero Beach on the way up, but that is over 50 miles, and we are too worn out to do that in one day at this point. We decided to move about 15 miles up to the Sand Bar Anchorage in Hobe Sound at Jupiter Florida. It is a cool anchorage and very crowded today, but most of the people went home as the weekend wound down.

First things first…we started to pull the anchor up this morning and had some issues. We have an anchor windlass – an electric winch that deploys or retrieves anchor chain or rope. It makes anchoring much easier! I start bringing in the chain and hosing it down with the wash down pump (which pumps sea water through a hose to clean the chain and anchor). In some anchorages, mud and crud sticks to the chain and anchor, and you have to clean it off so that it doesn’t get into the anchor locker. I get the to point where the anchor should be coming off of the sea bed and it won’t budge. It was really windy, so I figured we had a deeply buried anchor, so we go to plan B. Plan B is cleating the chain off with a chain hook and snubber, and using the boats engine to pull the anchor out. We go all the way to half throttle and no budging! I was almost ready to dive into the murky water, but keep trying with both windlass and engine, and after about an hour we can see the anchor just below the water. We had hooked some sort of antenna that was attached to a cable and rope, that was attached to something under water. 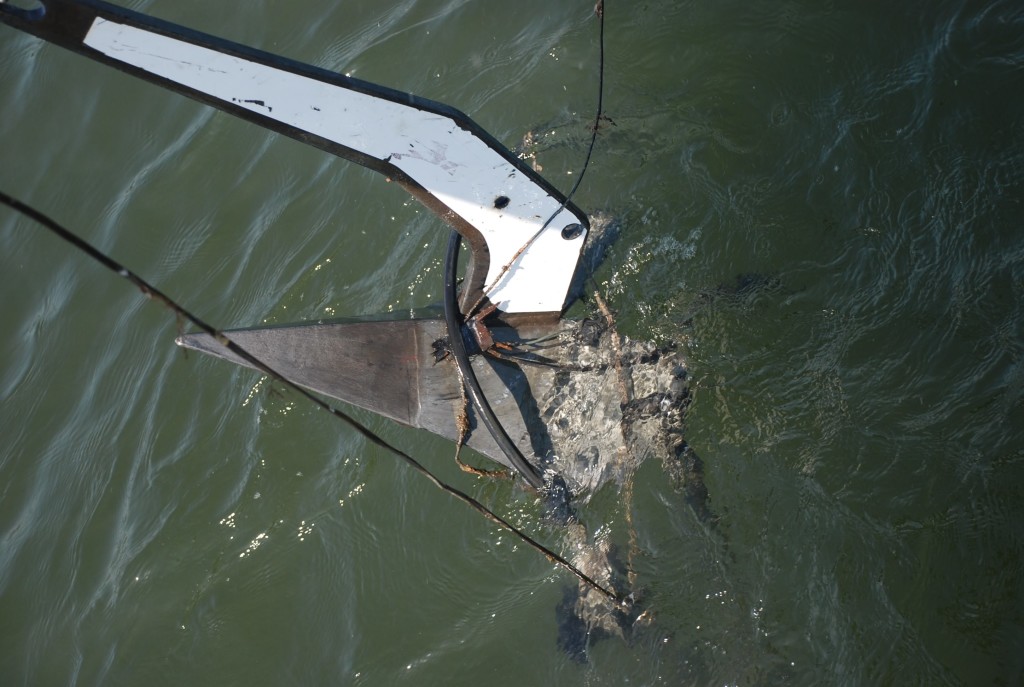 I raised and lowered the anchor while Tricia used the boat hook to free the damned thing, and after an hour we finally were free!

Along the way we saw the floating version of the “taco stand”: 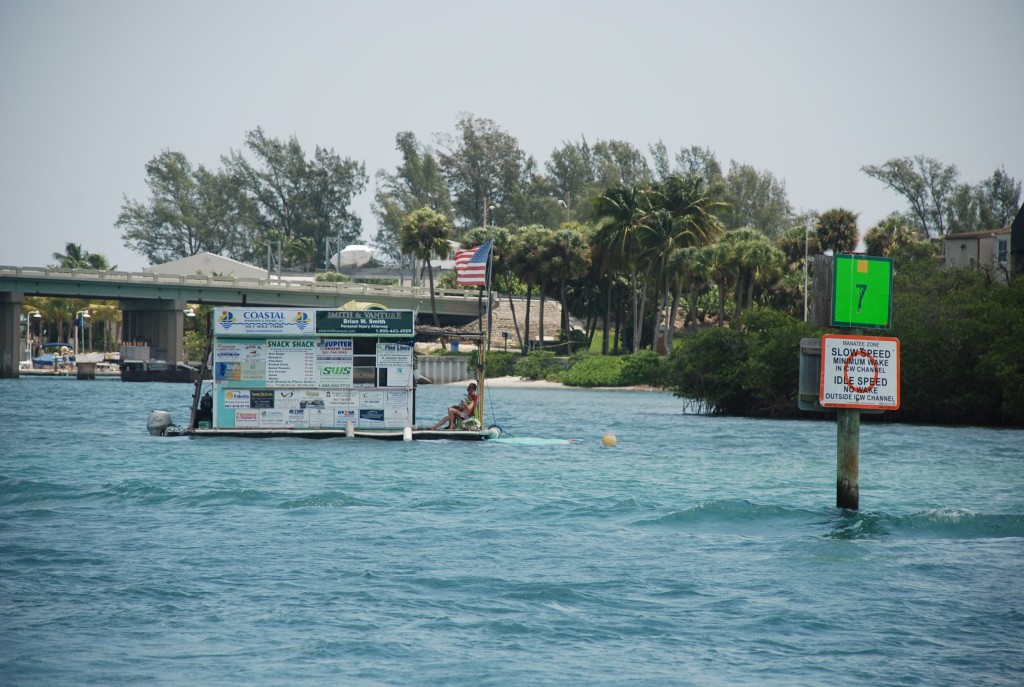 Then we passed Tiger Wood’s’ house, which you couldn’t really see, but one of his other boats was there: 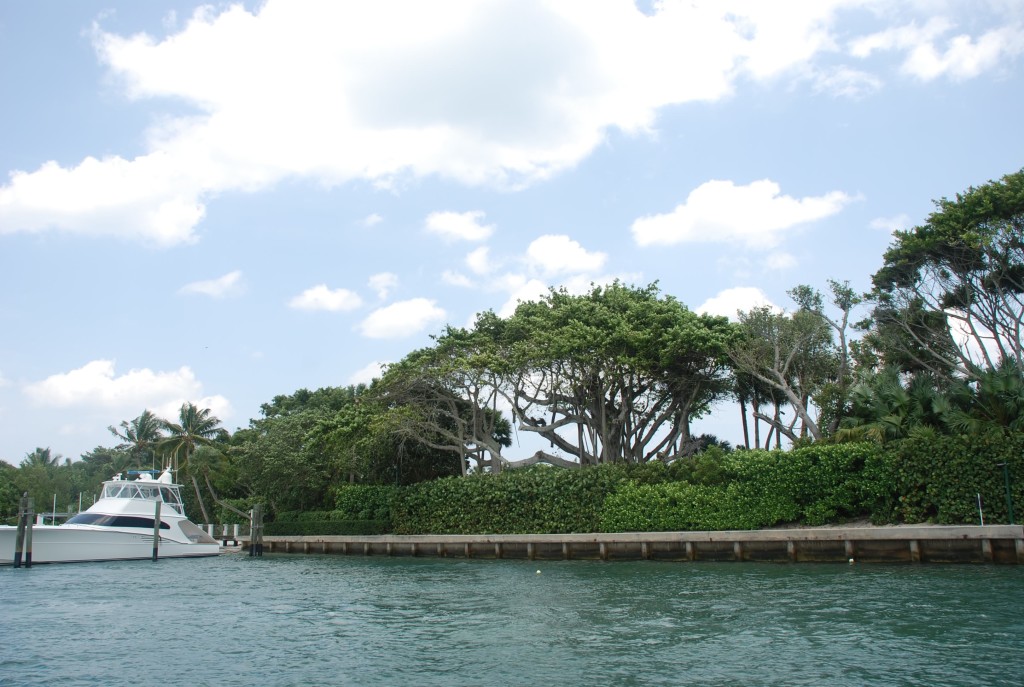 We anchored, made some drinks and swam off the boat…it was hot again today! 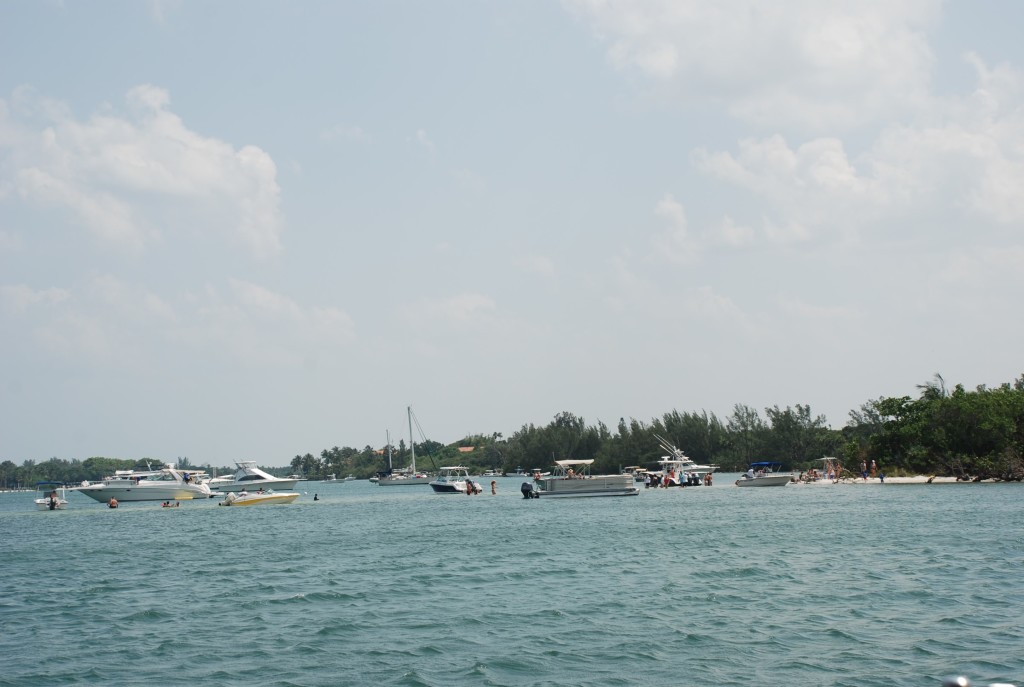 Then we had fresh Mahi Mahi tacos, and feasted like kings!! We drank a lot too…lol!

One thought on “Movin’ up the ditch”