The weather has been really crazy in that no one can seem to predict what is going to happen, even for the current day. Winds coming from all directions. Rain, when there is a zero percent chance. Etc…..

It has been difficult to determine when to make a move to cross back to the States. We need at least a 3 day weather window, and after spending a couple of days more at Green Turtle, we got another chance to move.

We left on the 22nd and sailed over to Crab Cay (position 26 55.145N, 077 35.671W), a really nice anchorage, which we had mostly to ourselves. Nice and remote. Here was the sunset behind Sofia Jeanne and Byrd Ketcher: 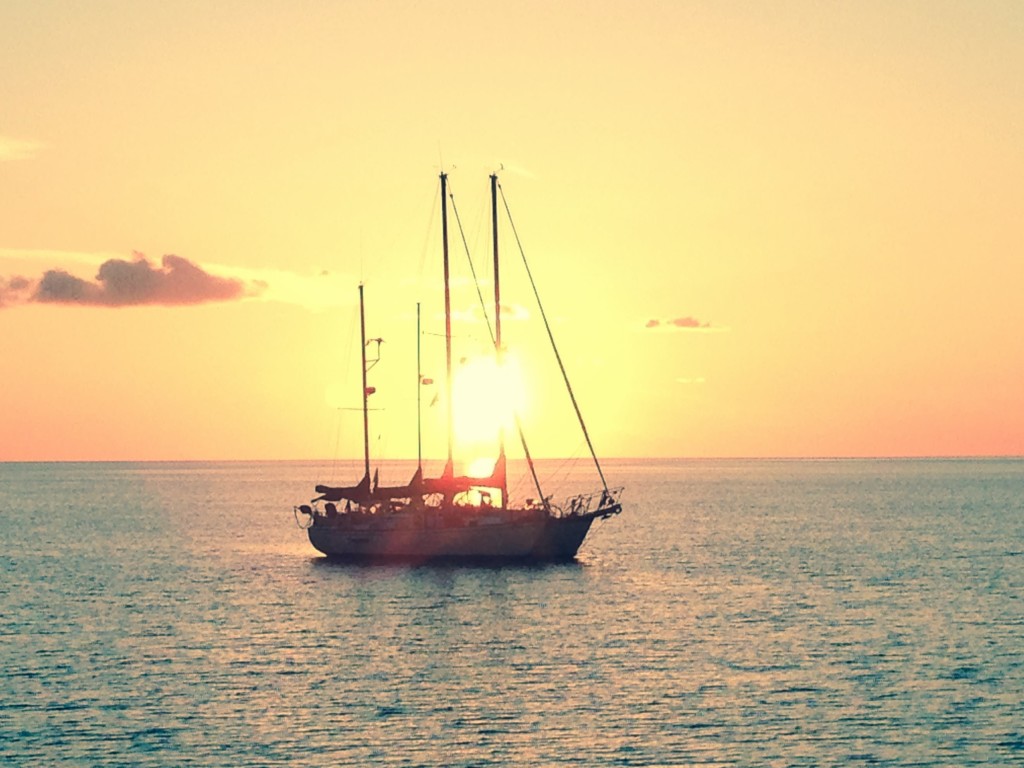 The weather was beautiful.

On the 23rd, we originally planned to stop at Great Sale Cay, as it has excellent protection from all sides but the south, and we had a slight chance for some weather. On the 24th we were planning to go to West End on Grand Bahama via Indian Cut, which is less than 5 feet at low tide, and low tide would have been close to our arrival time if we stopped in Great Sale. Instead, we decided to go past Great Sale and stop at Mangrove Cay, a small cay that offers less protection, but allowed us to traverse Indian Cut on a favorable tide.

The tide to Mangrove was with very little wind and flat seas. I had the autopilot on and stood at the bow of the boat for hours just looking into the water. We were in 9-12 feet of water and you could see everything on the bottom of the Little Bahama Bank. It was just like sailing on a pane of glass…incredible! 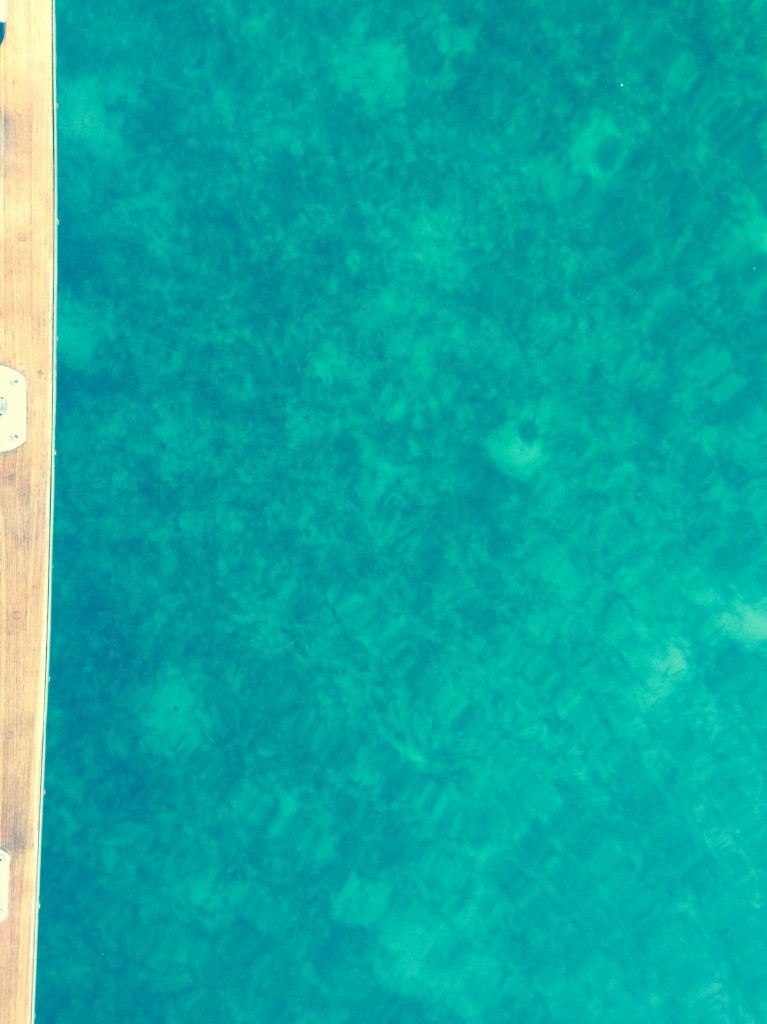 There just wasn’t a way to capture it to share. That was the best I could do.

We had a slight bit of rain and the wind picked up over night into the mid-teens. We made the move to West End in choppy seas and winds up into the 20’s, not what was forecasted of course! We went through Indian Cut with lots of water under us…never saw less than 7 feet, and out into the Atlantic Ocean for a run south to the marina. That part of the trip was rough. Big rollers on the ocean were hitting us on the starboard beam and rocking the boat pretty bad. We went into them for a ways so that we could run the final leg with seas on the quarter, and we made it into Old Bahama Bay. Old Bahama Bay is a really nice resort and marina with several restaurants, a pool and a nice beach. The grounds were well kept and the lodging was upscale. It was hot and we hit the pool with cocktails to wallow. The only problem is that the slip rental is very expensive. Not someplace you want to have to wait for a week for weather. Tomorrow winds are supposed to be 5 to 10 knots out of the S and SE, with north swells to 2 feet…let’s hope it holds, as there is not another window for 7 to 10 days!