I finally got some time to devote to the blog. We crossed over the Atlantic Ocean on the 15th. We started at around 7:30 AM and went from just outside No Name Harbor on Key Biscayne. The Gulf Stream current runs north between 1 and 3 knots, weaker on the edges and stronger in the middle. The direct route from where we started to North Bimini in the Bahamas is about an 87 degree heading and less than 55 nautical miles. To compensate for the Gulf Stream, you need to take a heading of 120 degrees. This is calculated based on your planned speed which we assumed would be 6 knots average. The stream was so strong, we only did around 5 knots, so we ended up a bit north of where we wanted to be, but not too bad. Also, it took us all day (arriving around 5:30 PM) to go 55 miles…long day! The ocean was really calm, thank goodness!

North Bimini was an interesting place. From our marina we could walk about 100 yards over to Radio Beach, which was gorgeous. 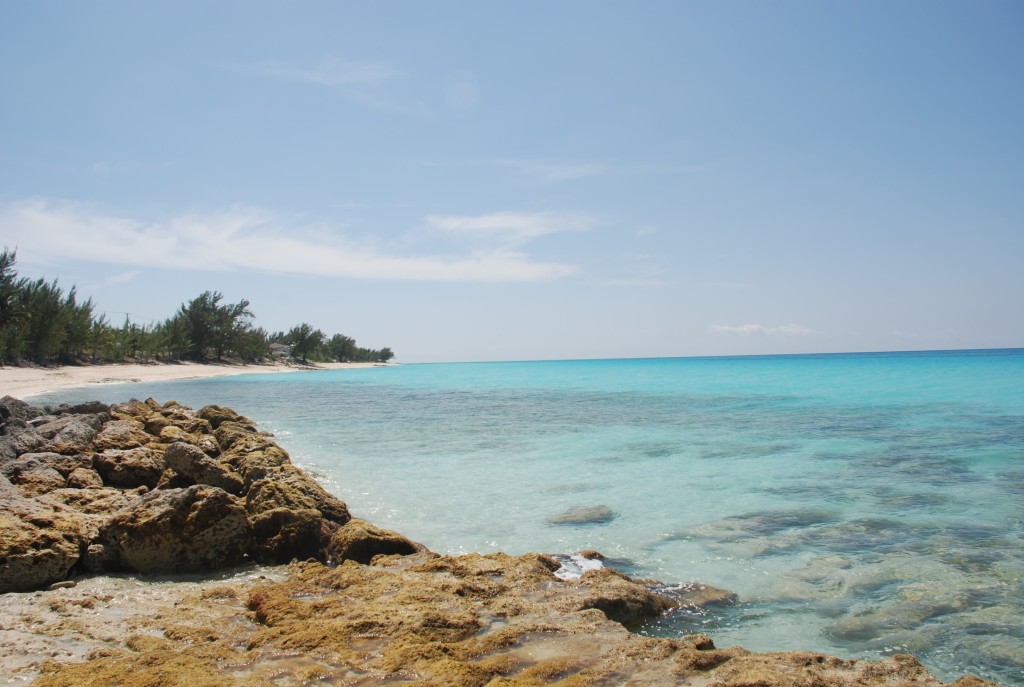 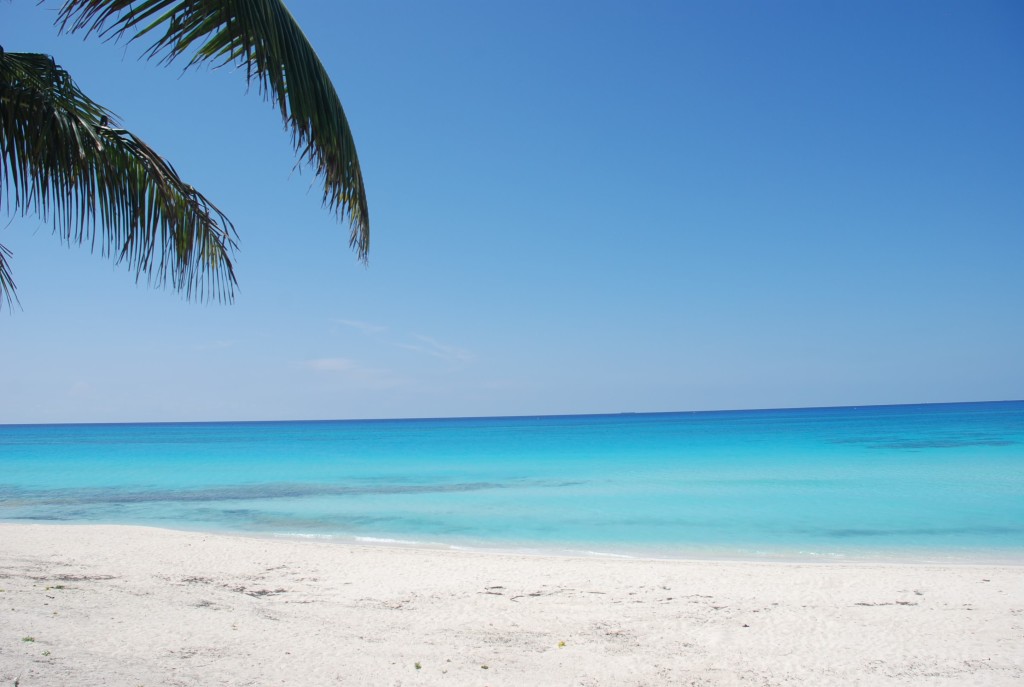 We walked the beach and collected sea glass, glass pieces that resulted from trash and get smoothed over by the sea. We got some pretty cool pieces. Not sure what we will do with them, but we have read where people make Christmas ornaments or jewelry. Tricia was thinking about making stepping stones or a counter top with it when we become dirt dwellers again…pretty good idea!

The restaurants, shops, bars and grocery stores are in buildings that look like or are small homes. There is not much to choose from in the grocery stores. Most of the businesses and restaurants are within a 5 to 10 minute walk. We ate at a restaurant called The Anchorage when we got here yesterday, and it was pretty good. We had the cracked conch which is conch fried like calamari would be back home. It was pretty good. Today we had lunch at CJs Deli which is right on Radio Beach. You can see that the view is amazing. The food was ok. The flies are really bad though! I got my food and went out to sit at the picnic table and a swarm of flies descended on me like a plague! I had to stand down by the ocean to keep away from them. Here are some pics of the streets: 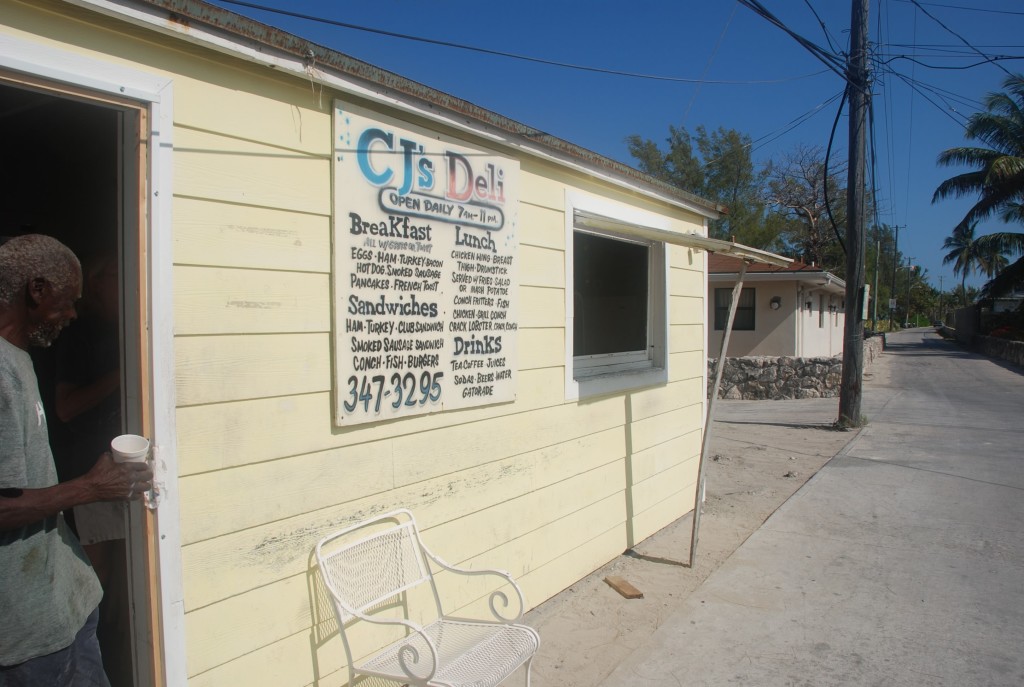 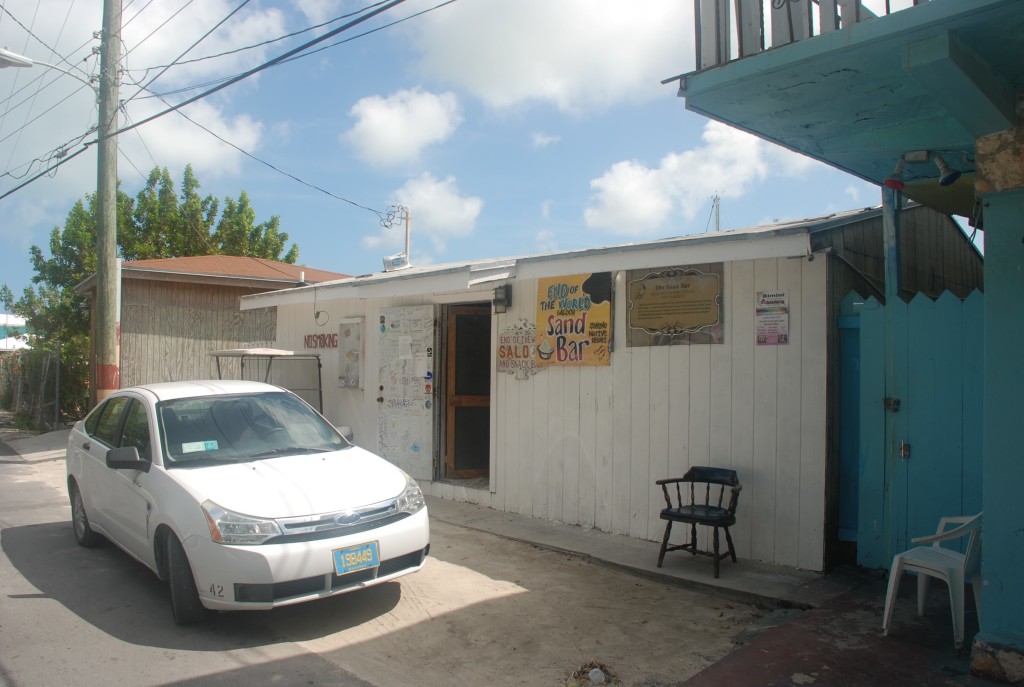 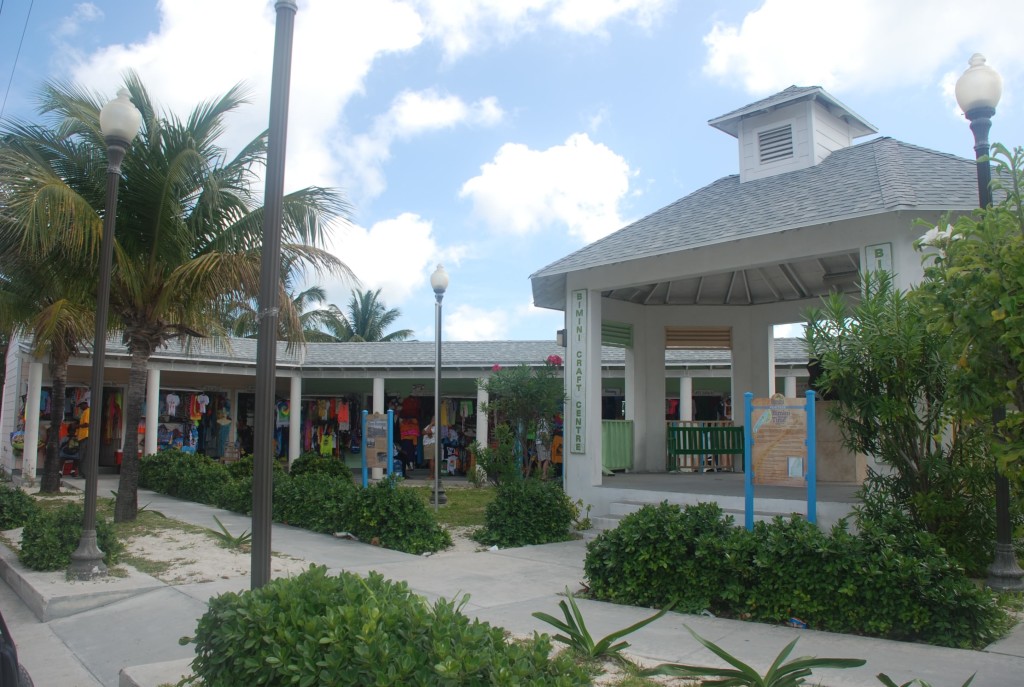 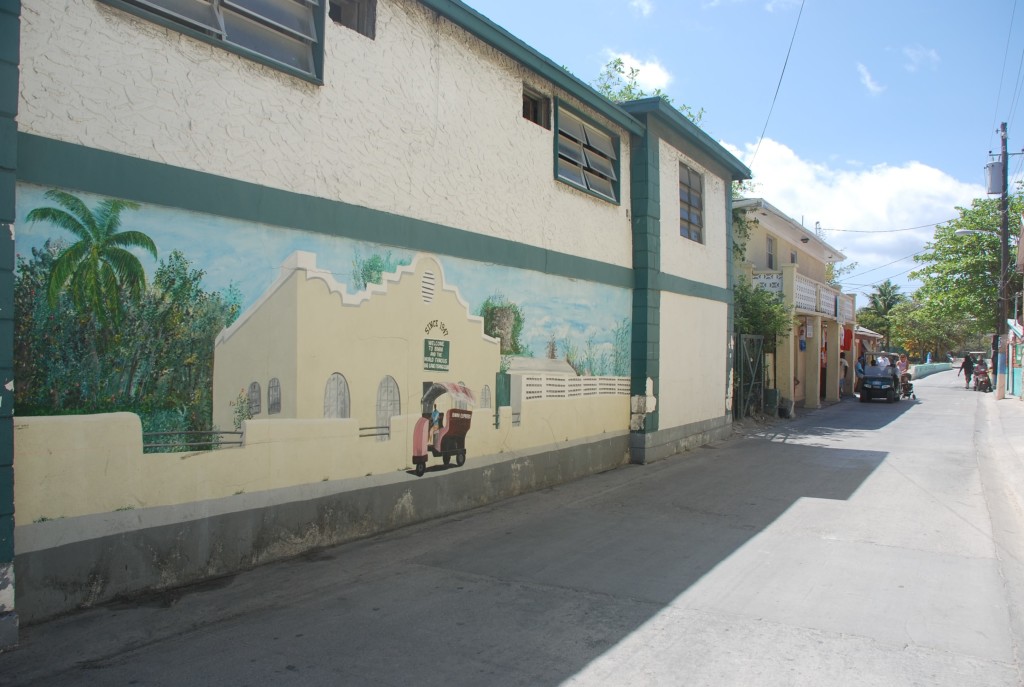 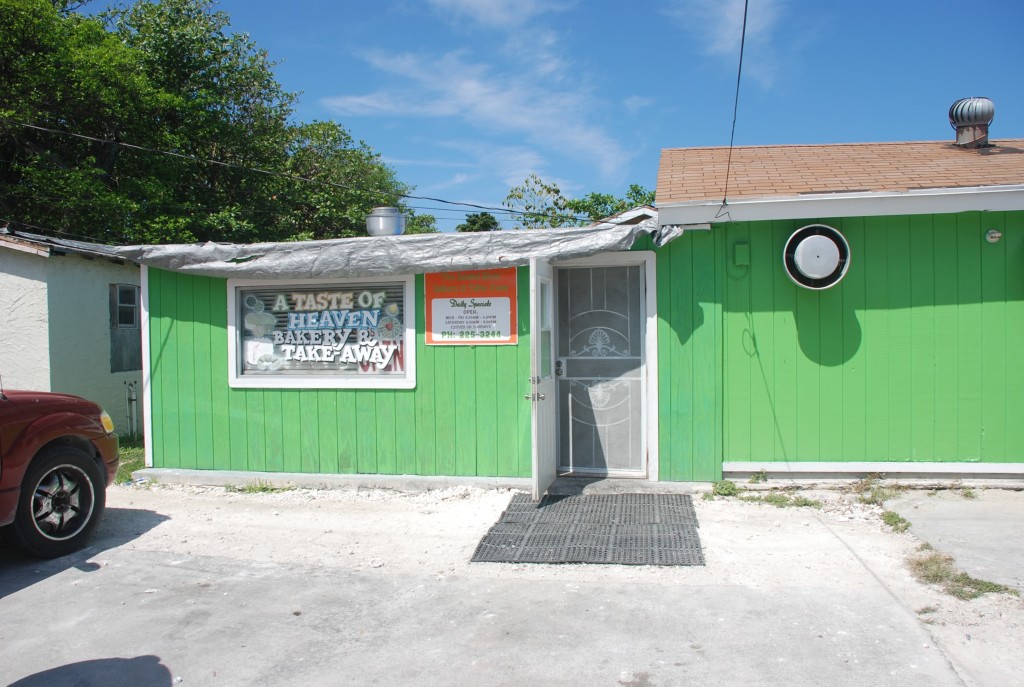 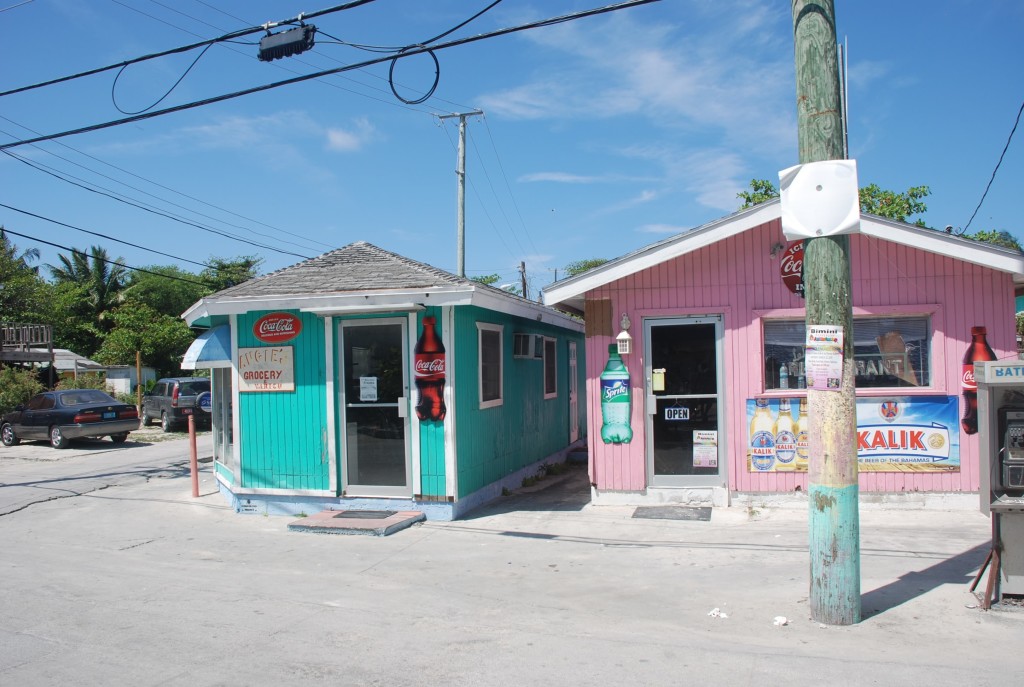 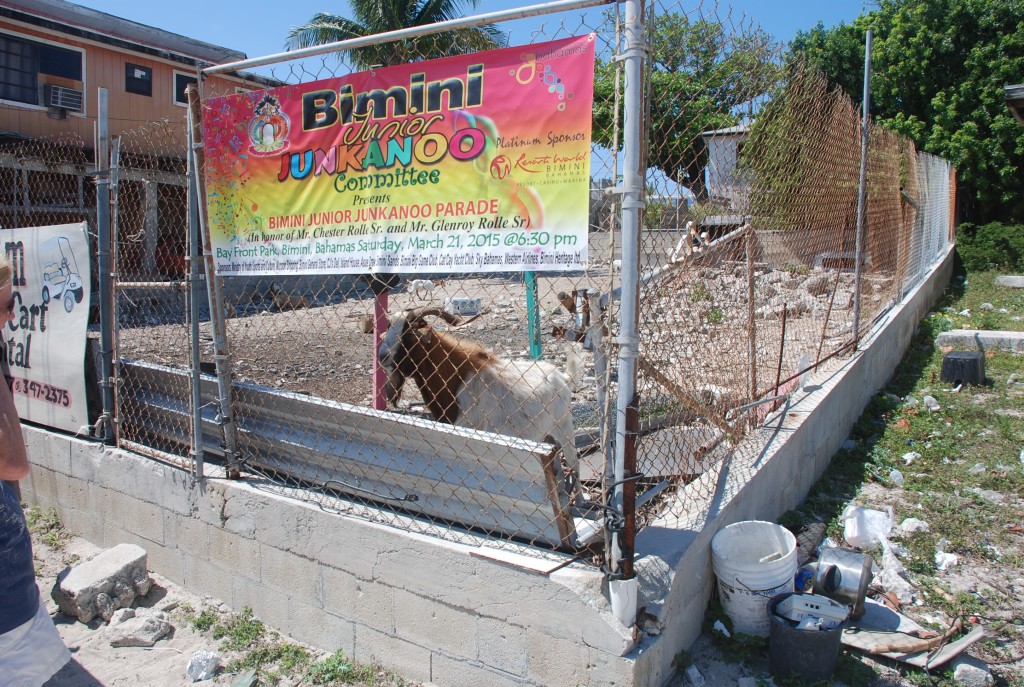 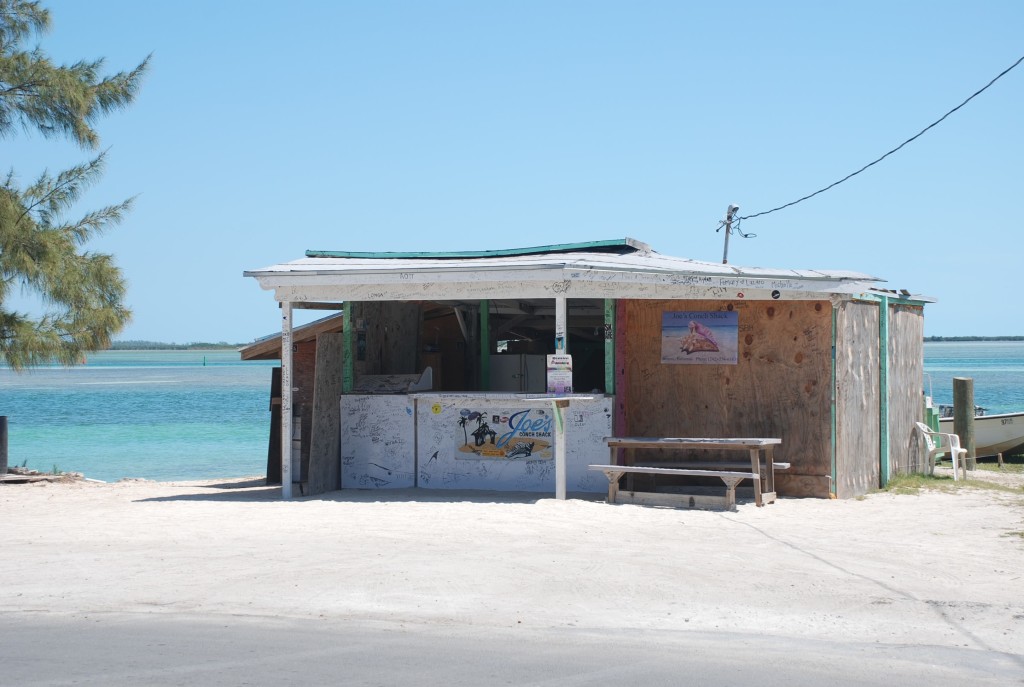 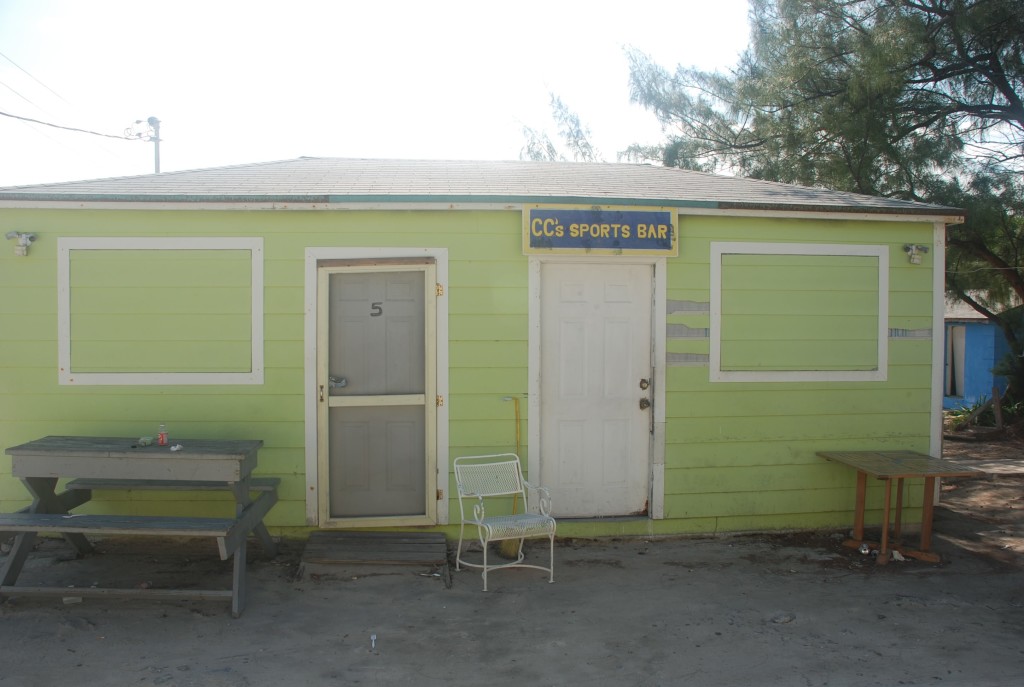 There is a lot of trash in the streets and you get the impression that the people of Bimini have given up to some extent. Many of the people we talked to that have been coming there for years have told us that it didn’t used to be that way, and that it has gone far down hill.

In the afternoon, all of us jumped in our dinghies and went over to Radio Beach. There we snorkeled around the rocks and swam. We saw quite a few fish around the rocks. The dogs, Grady and Bart, had a blast as well. The water clarity is just like a swimming pool…amazing. We ran into a guy on the street by the marina that was selling stone crab claws and lobster tails. For $40 we got a bag of 6 lobster tails and close to 3 dozen crab claws! Each couple bought a bag. An incredible deal! We cooked some of that up for dinner and ate at a picnic table at the marina, drank and had a good time.

It was a really fun day!