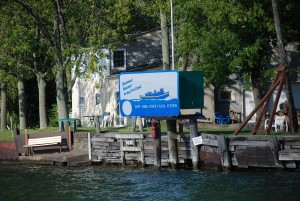 Yesterday after we landed at Rich Marine we had to get ready to have the mast taken down so we could transit the Erie Canal. The lowest bridge heights are 13 feet and we have a 54 foot mast. So we busted ass and took down the sails (not an easy task for a boat our size). We finished up around 8 PM and went to find a place to eat. Now Rich Marine is not in a very good part of town, and we walked around for at least an hour trying to find a place to eat. Plenty of places…none open. WTF? The best place in the area was open but closed at 7:30. Again…WTF? So we go back to the boat and Tricia makes a home made pizza…yum! Of course I made cocktails. And a good time was had by all.

This morning we moved the boat over to the crane area and the yard crew took the mast down and built a support structure to hold it while we transit to the Hudson River. The crew was really good and a very colorful lot, which I always appreciate.

Here is them taking the mast off with a crane.

Here is the final result. 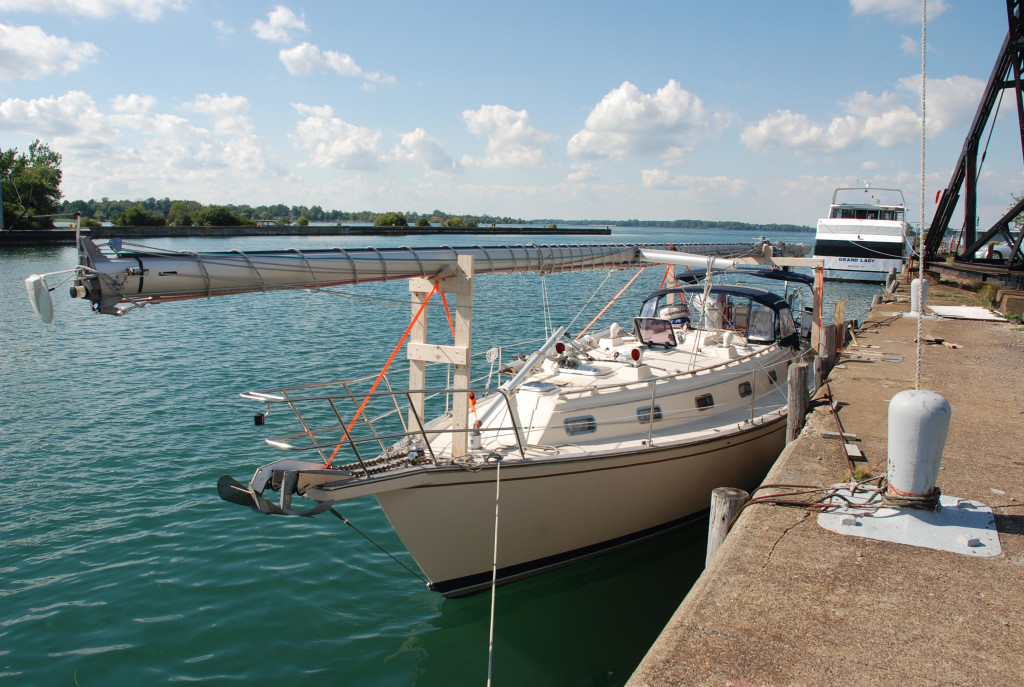 We are officially a motor boat.

We left Rich a little after 4 PM and motored down the Niagara River. We had a downstream current between 2.5 to 3.5 knots, which is pretty strong. At one point the boat’s speed transducer said we were moving 5.5 knots and the GPS on the chart plotter showed Course Over Ground of 8.7! When we hit Tonawanda Creek we made a right and went into the Erie Canal. It was really cool. The Niagra had some really varied scenery, from interstate 90 running along side, to factories, to riverside homes with sprawling lawns and boat docks.

Tonawanda and North Tonawanda are really nice towns. We stopped there for the night and walked into both towns which are on opposite sides of the Canal. We stopped at JP Dwyers Irish pub and had some downright awesome wings. Then walked over to the other side of the canal and went to Smoke on the Water, and had awesome pork bar-b-que. Highly recommend both places if you ever get this way.

We saw some weird shit walking around as well. There was some guy parked along the canal in his car with the trunk lid open. Inside the trunk he had a small AV system and he was facing the trunk singing into a mic. He had a nice voice but no audience. He was literally singing into the trunk of his car with no one around. An hour later we passed him again…same deal…singing away. We also saw this car/grill/oven contraption. If the food it makes is even close to Smoke on the Water, I am good with it. 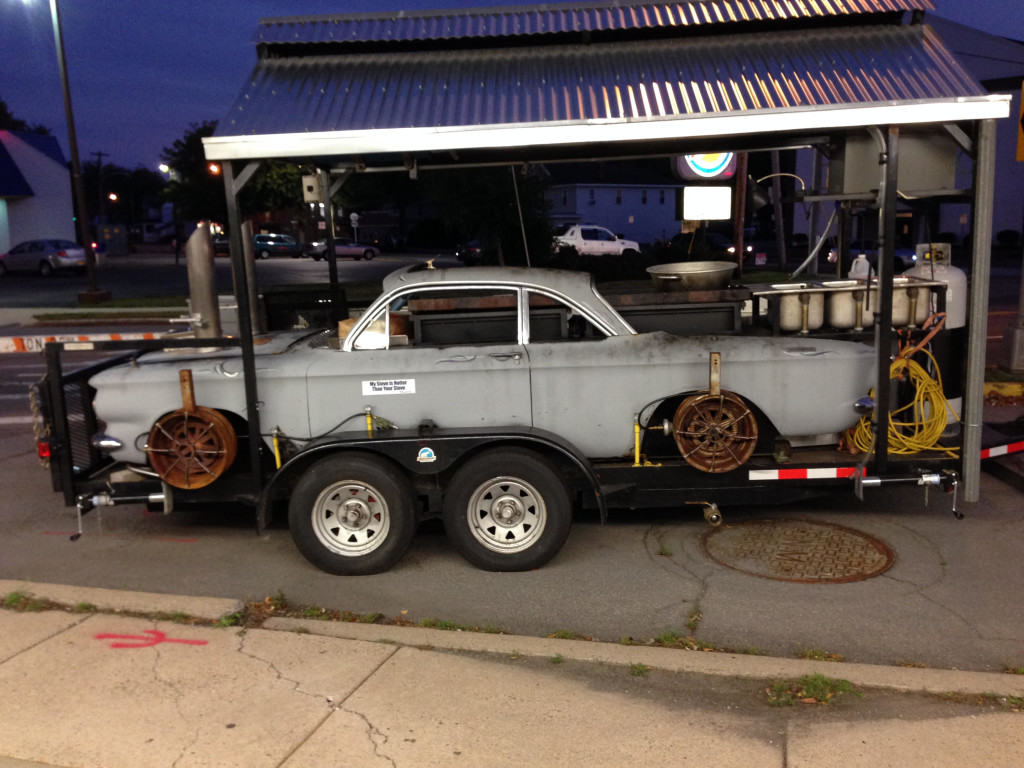 Island Bound docked in the Erie Canal at Tonawanda