The trip from Georgetown to Charleston requires special planning skills if you travel the ICW. First you have to go through McClellanville which has a nasty shoal stretch for about 3 miles…depths reported as low as 2 feet. Then there is a shoal stretch for a couple of miles along Isle of Palms, with depths reported at 3.5 feet. Then you have to get through the Ben Sawyer swing bridge, which has restricted openings on the weekends. Finally you need to arrive at any Charleston marina at slack tide (no current for you land lubbers). The ebb currents in Charleston rivers can run faster than 3.5 knots, which makes it impossible to dock a boat like ours. Our boat draws 5 feet, so we needed to time all of these factors in our passage making. We left Georgetown on the 3rd during an ebb tide. That meant we would have favorable current down Winyah Bay until we hit the ICW entrance. None of us had notes that told us if the current in the ICW would be favorable or unfavorable from the entrance to McClellanville and we figured it would best to err on the unfavorable side to calculate the timing into the shoals there. That meant we needed to be underway around 8 AM. We were, and the current was mostly favorable all the way to McClellanville (note to self…take better notes), so we took the last hour or two very slowly, arriving just after low tide. When we got to McClellanville there were already 4 boats aground through the shoal area, so we idled the boats for about an hour until we could get through. Because of the factors for the next day, we decided to get closer to Isle of Palms than originally planned and stopped at a new to us anchorage, Whiteside Creek. We anchored in position: 32 52.387N, 079 42.984W. It turned out to be a great anchorage and we all got together for dinner on Steel Away. 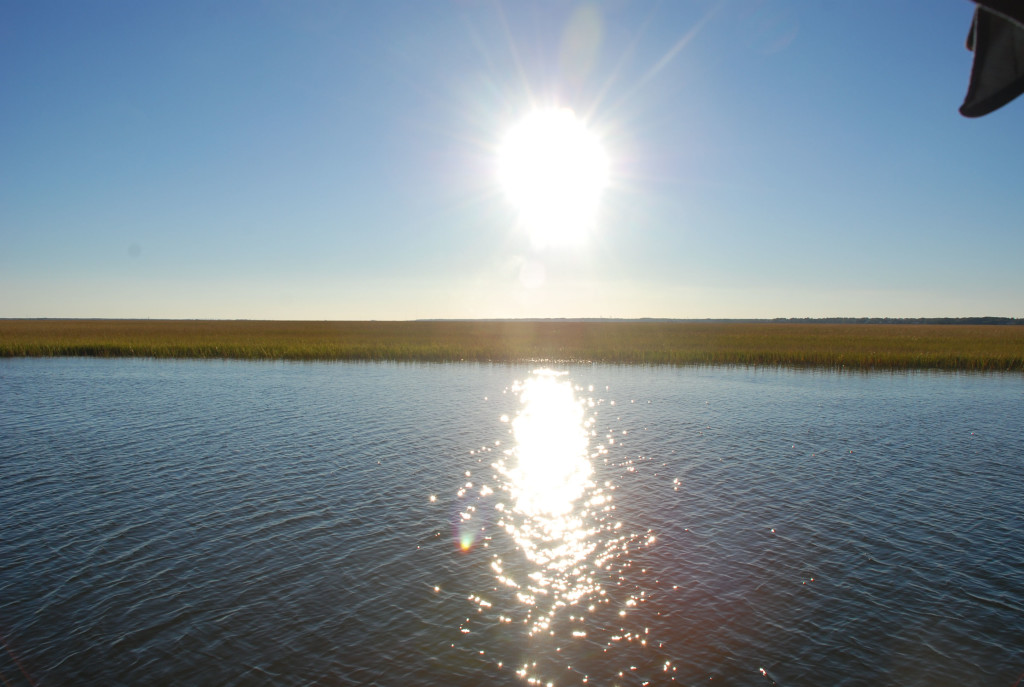 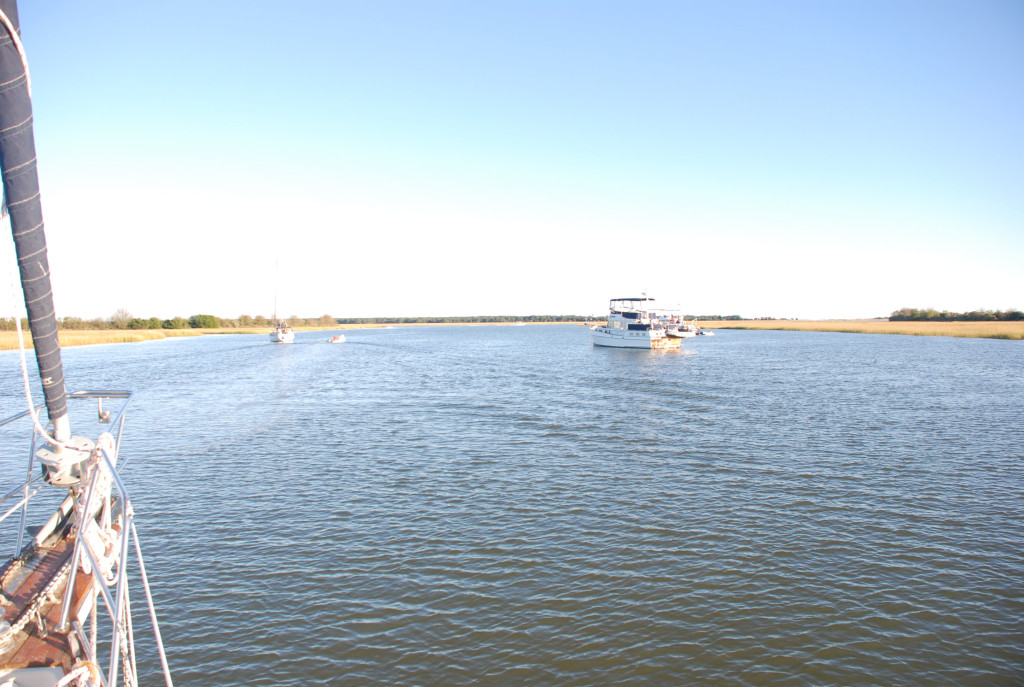 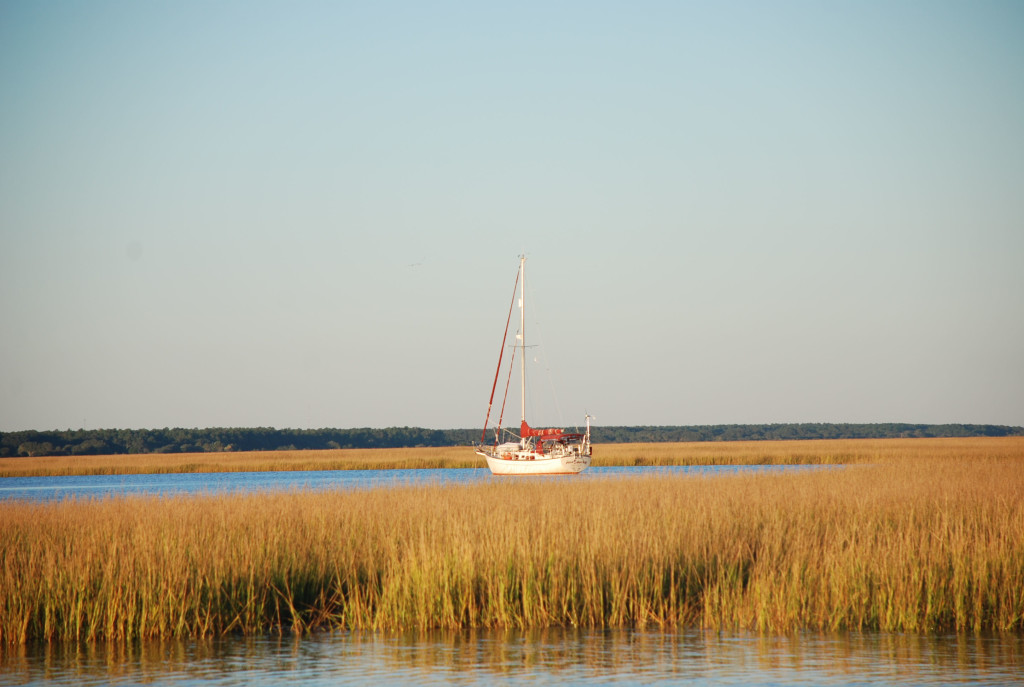 We were about 10 miles from the shoals along Isle of Palms, and again not remembering what the currents would do, we took the worse scenario, forcing us to leave at sun up. We arrived at the shoals and the swing bridge much earlier than planned which made both of them uneventful, but now had to wait 3 hours for slack tide to get into the marina. We decided to anchor across the river from the Maritime Center just off Patriots Point and just wait for the slack tide. While anchored, several large container ships slid by us…damn they are intimidating when you are this close! 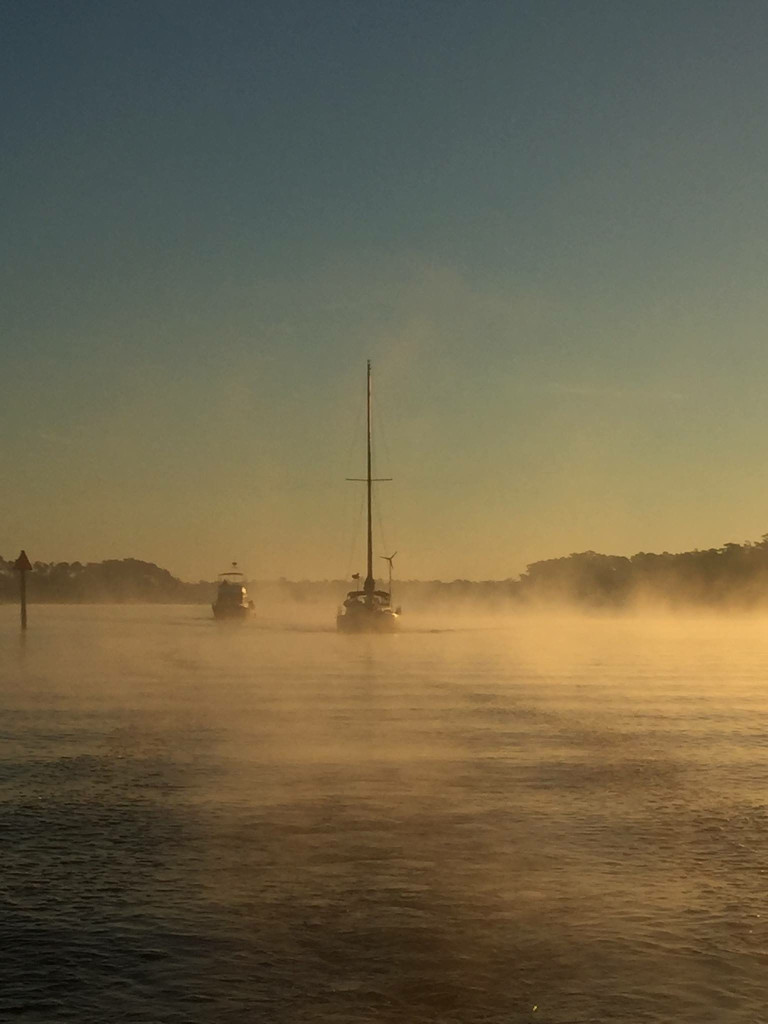 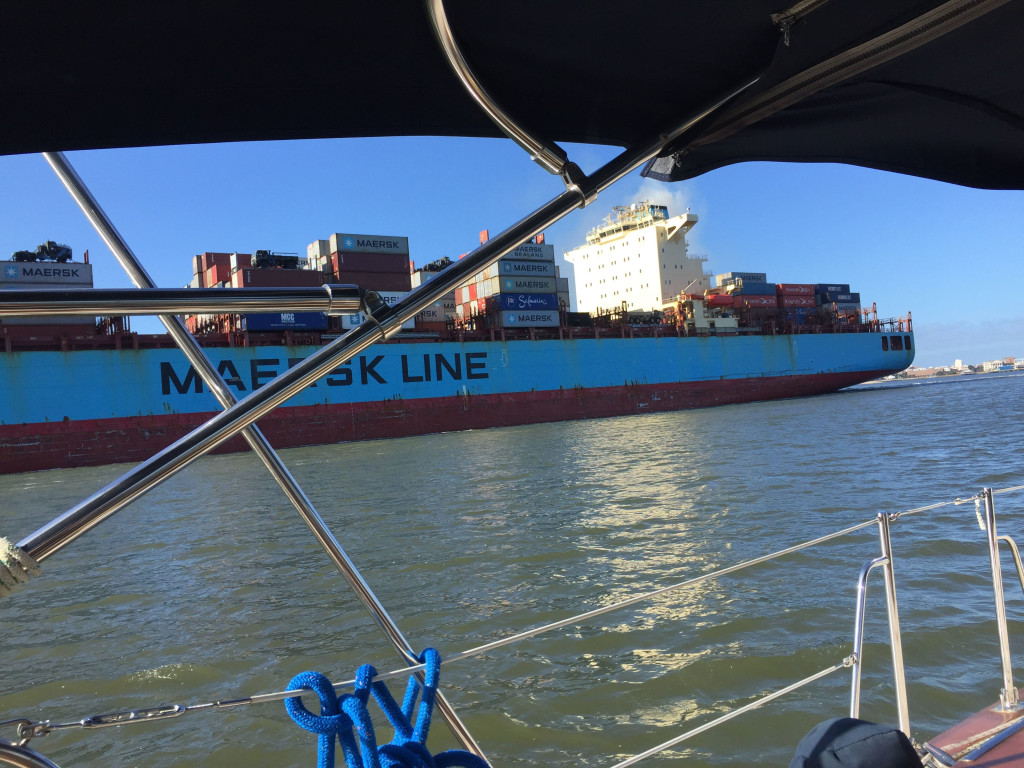 We got into our slips at 12:13 and hit the town of Charleston. If you follow the blog you know this is one of our favorite cities in the US and we always have a good time. We will be here a few days enjoying the city.

2 thoughts on “We made it…one of our favorite stops”