We had a fantastic 3 day weather window of light winds and fairly calm seas, so we left at dawn and motored up the west side of the Berry Islands, rounded the top and headed almost due east for an anchorage on Great Abaco Island in the Abacos. You can see all of us motoring in a line and see how calm it was: 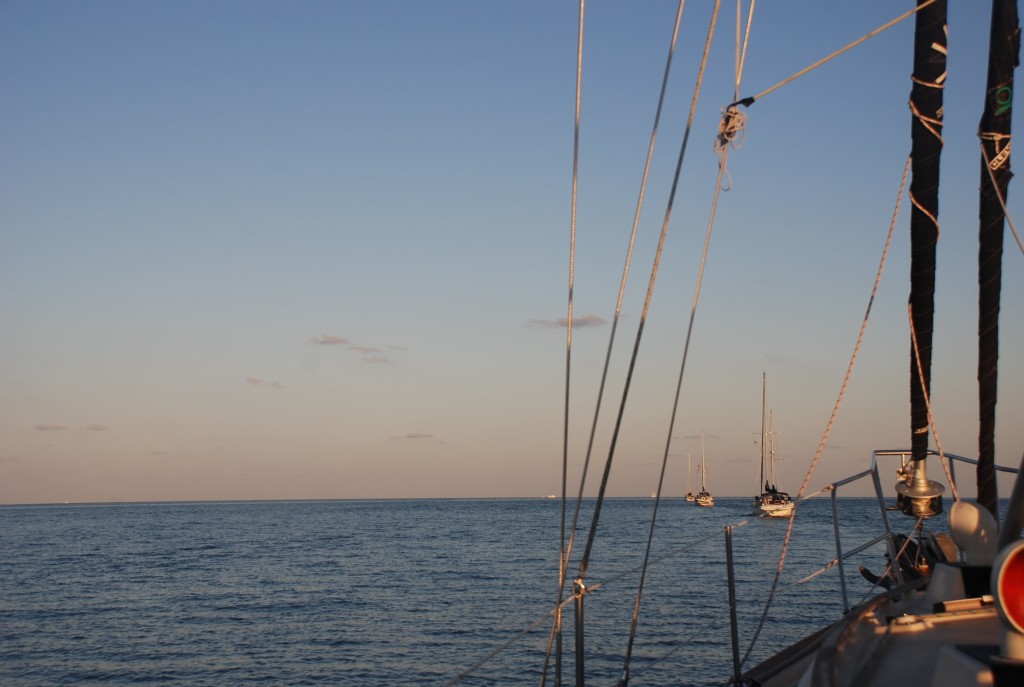 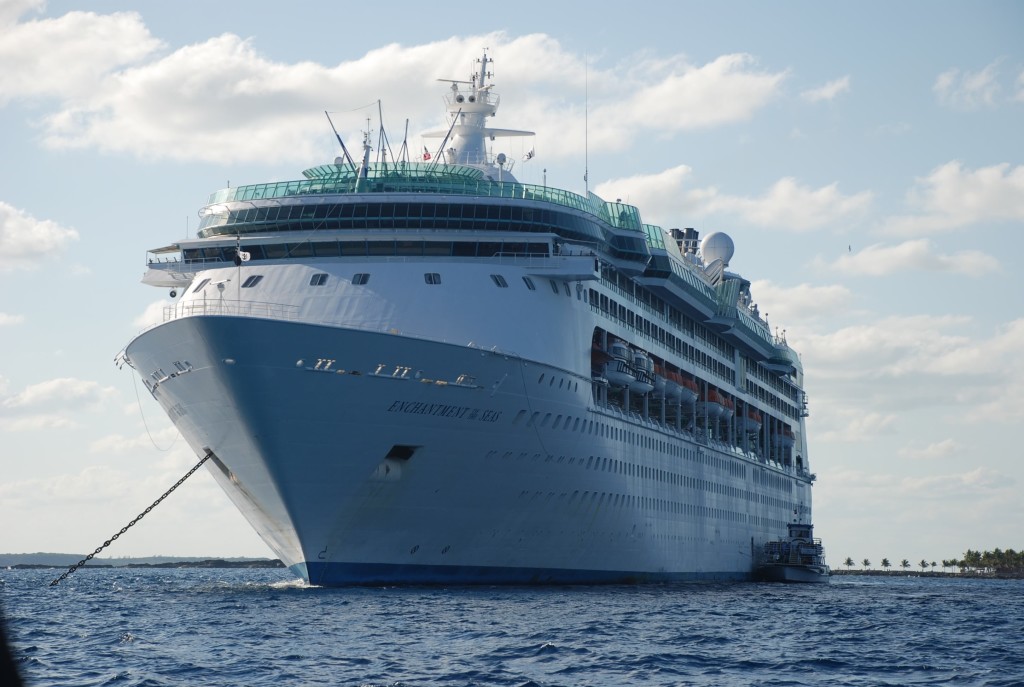 By the way, all of the keys in the Bahamas and throughout the Caribbean are spelled Cay, but pronounced “key”, and the difference between a cay (or key) and an island is that an island has it’s own source of fresh water. Most of the water in the Bahamas is made through a process called “reverse osmosis” where the sea water is pushed through a very fine filter at high pressure, thus leaving the salt and elements behind.

We crossed a part of the ocean that is called the Northwest Passage, and most of the passage was well over 1,000 feet deep. I think the deepest part we crossed was over 21,000 feet deep. It is actually kind of creepy to think about. The depth sounder on the boat just read DEEP, as if to say, “don’t even worry about it”: 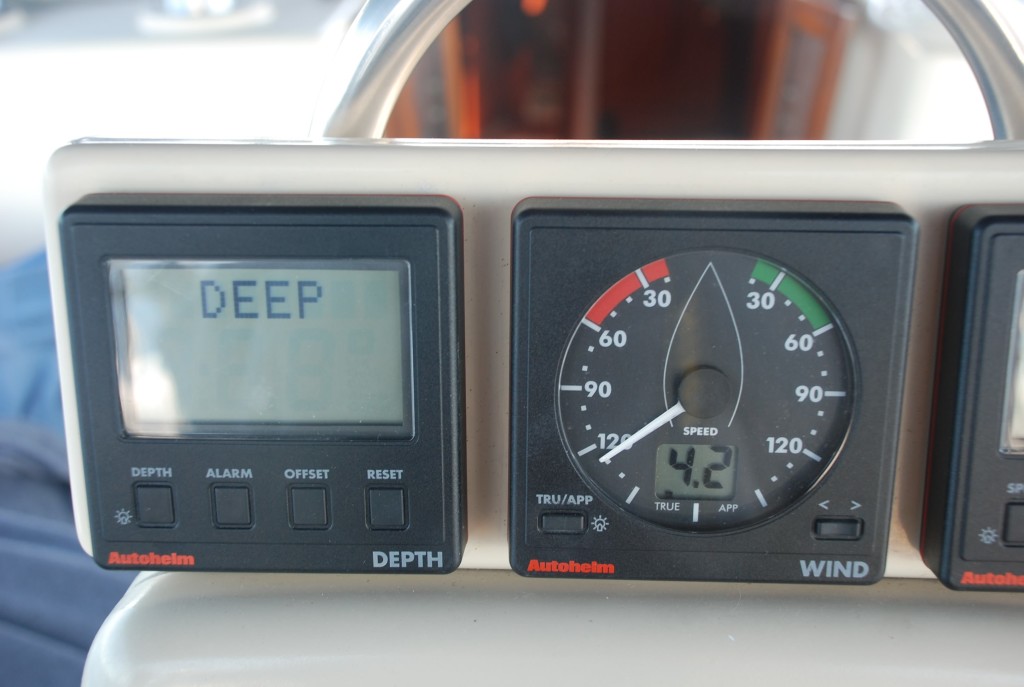 At 4:30 we arrived at Cross Harbour and anchored in about 8 feet of water. We were the only people around for miles. The water was so typically clear you could see sand dollars on the bottom: 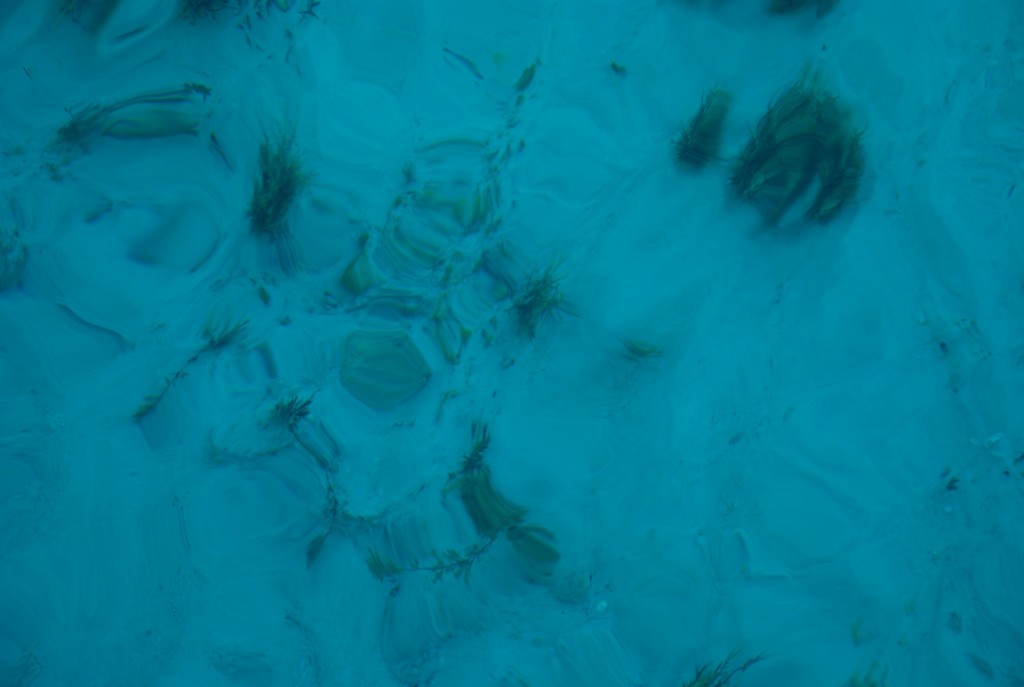 They were everywhere. We ate, had a few sundowners, and watched the sunset: 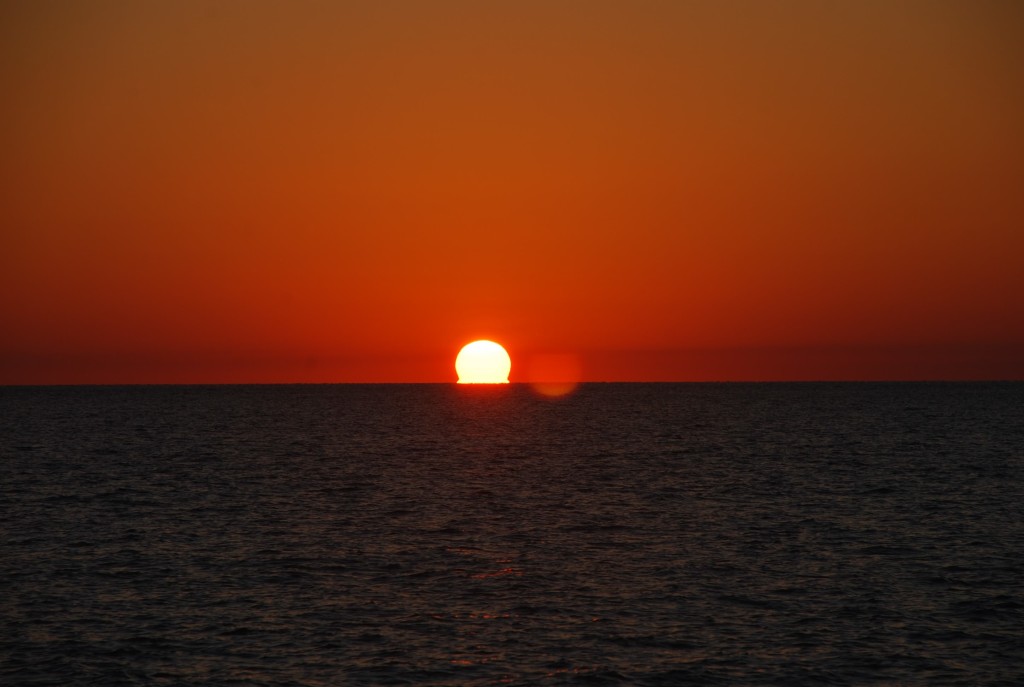 Mark and Jan on their boat Island Bound, departed from the group after we reached the top of the Berrys, as they are headed for Nassau and the Exuma island chain further south. We will miss them and look forward to getting together again next year.