Well, the wind forecast was calling for winds in the mid to upper 20s for a few days, and 15-25 for as long as the 10 day forecast was projecting…sheesh! We upped anchor and took a bit of a beating in Biscayne Bay on 12/5. Seas were following, so it helped the boat motion a bit, and I got to put up some sails, which is always enjoyed. When we got into the northern sounds of Florida Bay, we had smaller bodies of water and less fetch, so conditions were pretty good. We made it to Tarpon Basin in Key Largo, and anchored in position 25 07.204N, 080 25.649W. Tarpon Basin is fairly well protected from winds in all direction, but we still had a moderate chop at the anchorage. Many parts of the basin are full of sea grass and it is known for poor anchor holding. We have dragged anchor there a few times in the past. All of us found some sand patches and got a great hold. Good thing too, because the wind howled all day and night. We had small craft advisories that day and for the next couple of days, so we debated about staying for another day or leaving. At dawn the next day, we made the final call and decided to venture out, and if it was too bad we could come back. It wasn’t as bad as predicted, so we found our way into Boot Key Harbor late on the 6th. One of the boats had transmission problems and sea grass clogging the engine intake about 5 miles from the Seven Mile Bridge, and we had about a half hour delay sorting that all out, but we made it in. The day after we arrived, we saw some manatees and then watched the lighted boat parade from Steel Away’s top deck. It was fun. Then we all spent a few days doing boat maintenance and resting up a bit. Since Stuart, we have been running long days in high winds, and everyone is exhausted. We have reservations for a month in Key West at Conch Harbor Marina starting on the 13th, and it looks like the 12th is the best day to travel there, with the 13th being pretty good too. So we are planning to head out…not sure which day yet. See you in Key West!

Sunset from Sunset Grille in Marathon: 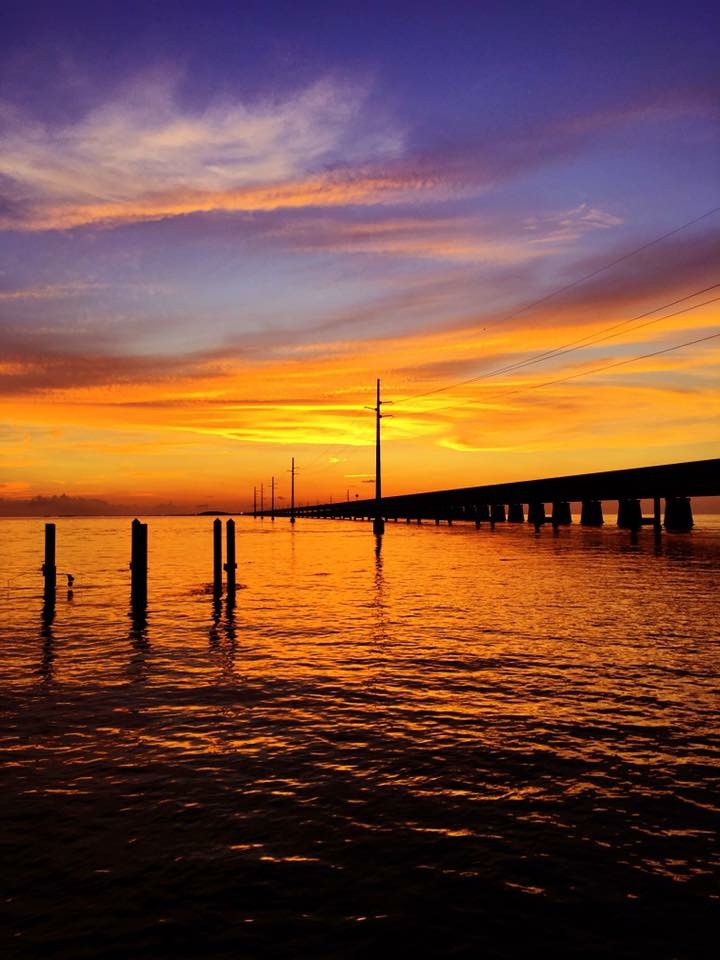