We had about three days of really nice weather ahead of us, followed by four days of nasty, kick your ass winds, out of the north east and east. We decided to leave Blackpoint a day early and go to Cambridge Cay, and try to grab a mooring. Cambridge is in the south extreme of the Exuma Land and Sea Park, a protected marine sanctuary. As stated in previous blogs, it is a “no take zone from both land and sea”. Their motto is “take only photographs and leave only footprints”, and is the most beautiful place by the sea we have ever been (including all of our Caribbean travels). We had never made it to Cambridge, and really wanted to go this year as it is situated by the best snorkeling in the Bahamas, and is regarded as one of the most beautiful places in the Exumas. We arrived on 3/21 and grabbed a park mooring ball at position: 24 18.103N, 076 32.351W. We had really good east protection and not bad north east protection for the coming blow. We radioed Warderick Wells Exuma Park HQ on the way there and got on the waiting list for a mooring in the North Field at Warderick Wells Cay, which we had tried to get before the last major weather event, but failed, but if we couldn’t get in the North Field in time for the blow, we knew we would be good at Cambridge. We arrived in mid afternoon and took the dinghies around and identified the best snorkeling spots, which we would snorkel the next day. We figured that we wouldn’t be able to get into Warderick Wells as the wait list gets long when weather is approaching, but were confident we could get in after the blow. As luck would have it, Exuma Park HQ called on the radio the next morning and told us we and Sofia Jeanne both had moorings in the North Field! The North Field was a 3.5 hour trip from Cambridge so we were going to hit one snorkel site at Cambridge before we left. At the last minute, I had a hunch we better get to Warderick before the park office closed at 4:00 just in case there was a mishap with our reservation, and we took off around noon. Sure enough, when we arrive at Warderick Wells, only one of our mooring balls is free. Calling the park office on the radio, they informed us that they moved us to different moorings and didn’t tell us. We got better spots and I was glad we decided to get there early to get it all cleared up. We took mooring number 9, and had enough time to mix Painkillers and do some happy hour wallowing at a nearby deserted beach: 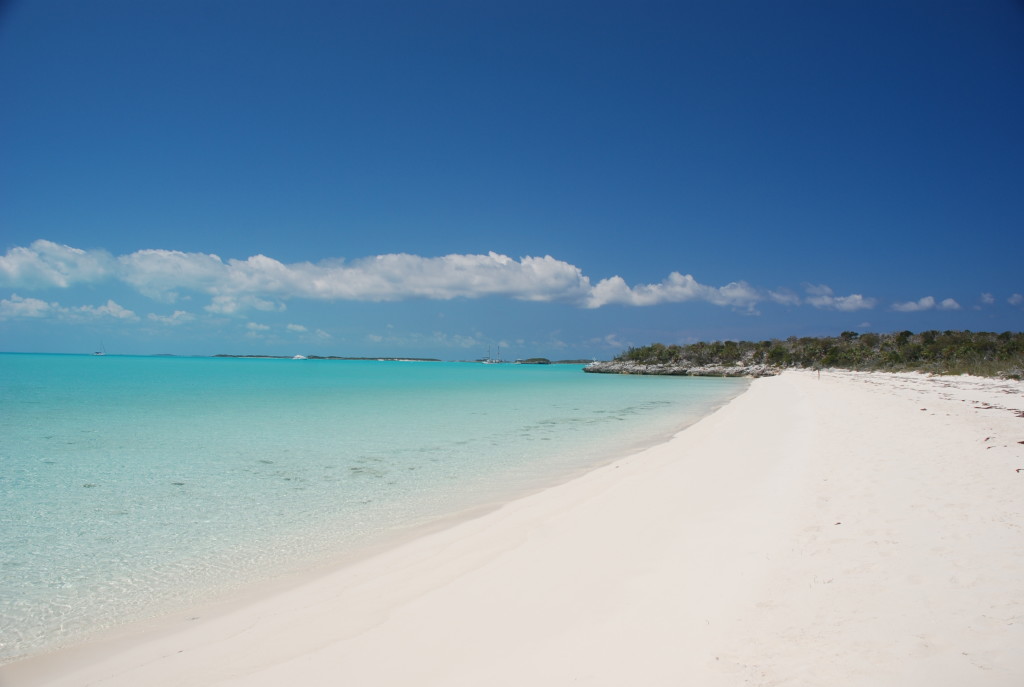 One thing we like about the Exumas is that there are secluded beaches all through the cays and islands. You can find your own personal wallowing spot.

Yesterday, we took the dinghies around to the south side of Warderick Wells Cay to Pirate’s Lair. It is absolutely beautiful there. On the way back we hit a few snorkeling sites seeing some really pretty fish and coral, and of course hit several wallowing beaches. 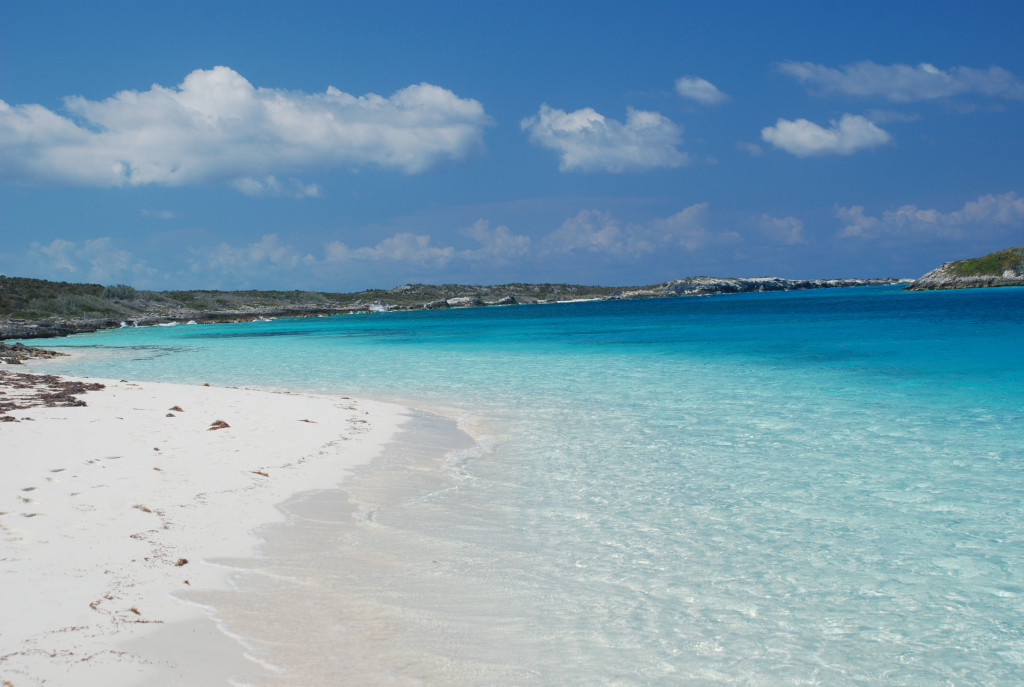 The north mooring field, where we are tied up: 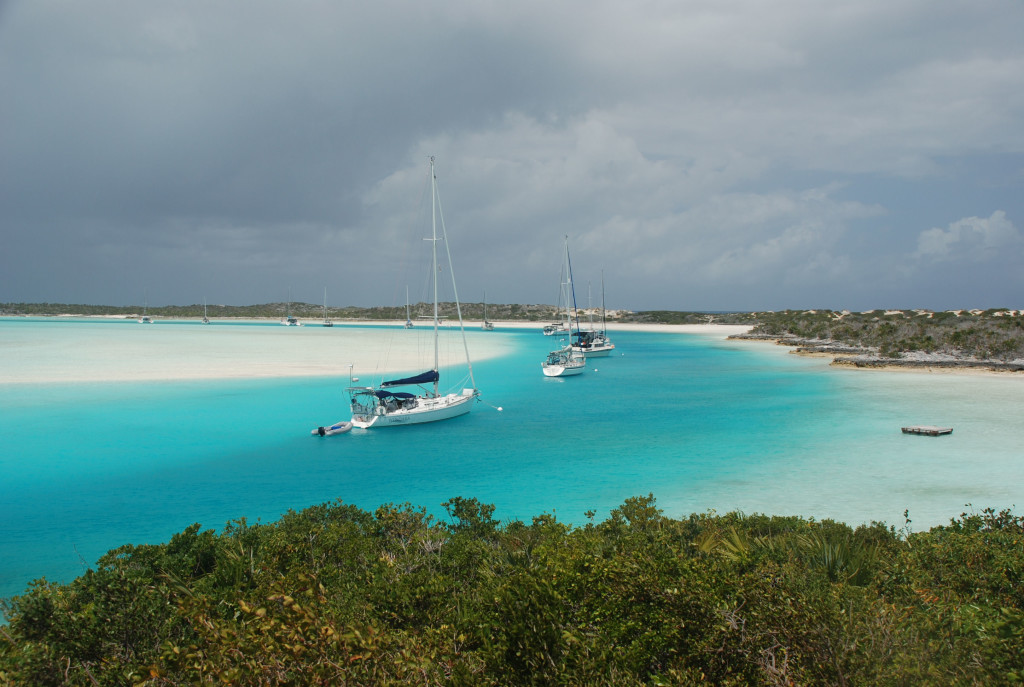 The winds started to pick up around sunset, as forecasted, and it has been blowing 25 to 35 knots since. We pretty much just stayed on the boat today and we are glad we are in such a protected area from the winds! It should die down to 20 to 25 knots tomorrow and then under 20 on Monday, so we will do some land based exploring and hiking.