Since we only stayed at Cambridge Cay one day and lucked out getting a mooring in Warderick Wells for the bad winds, we decided to go back to Cambridge for some snorkeling. One note about the weather we waited out. It turned out that it was a serious low that was being watched for tropical storm/hurricane possibilities. It was nasty winds over 35 knots for several days. Glad we were in a protected area.

There were 4 areas around Cambridge that we wanted to go see: a snorkeling spot called the Sea Aquarium, a plane wreck to dive, underwater caves at the Rocky Dundas, and a swimming hole called the Bubble Bath. We picked up the same mooring that we had the last time we were here, arriving on 3/27. The next day we hit the Sea Aquarium. It was appropriately named as it was like snorkeling in a large aquarium. More pictures courtesy Sofia Jeanne: 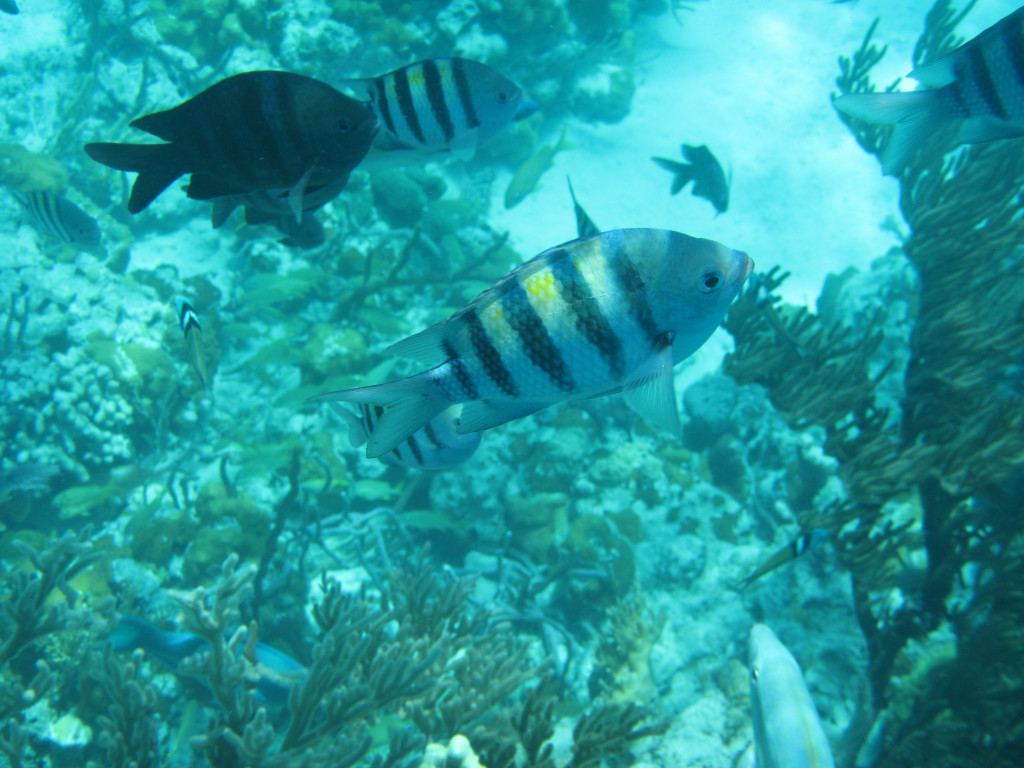 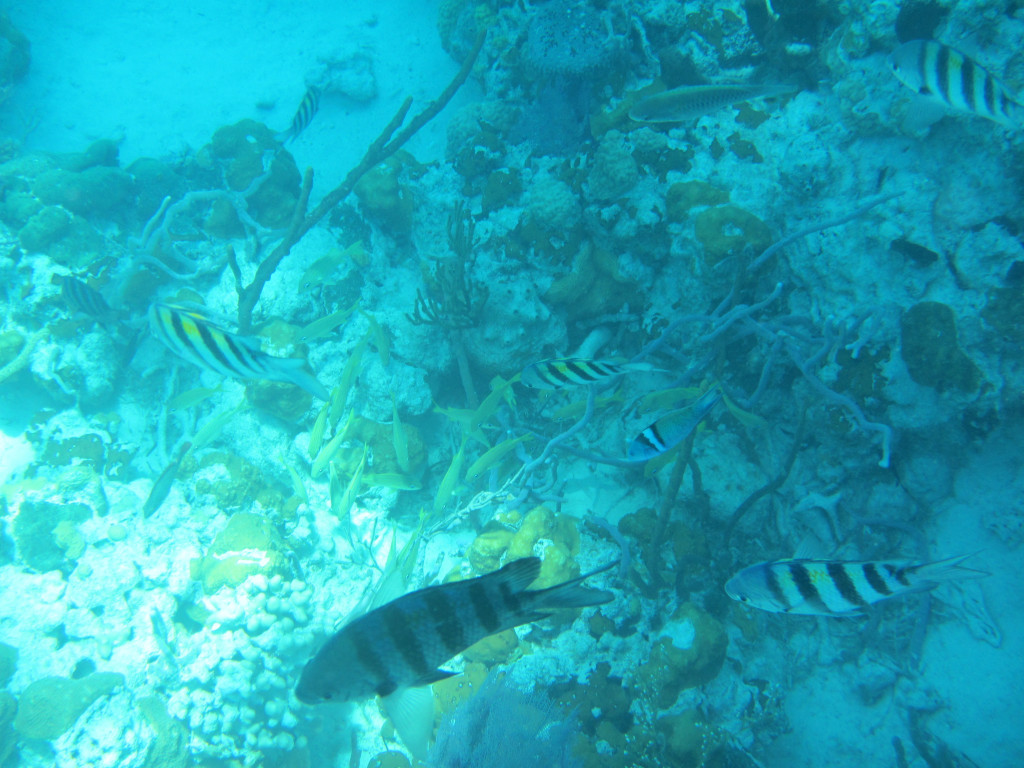 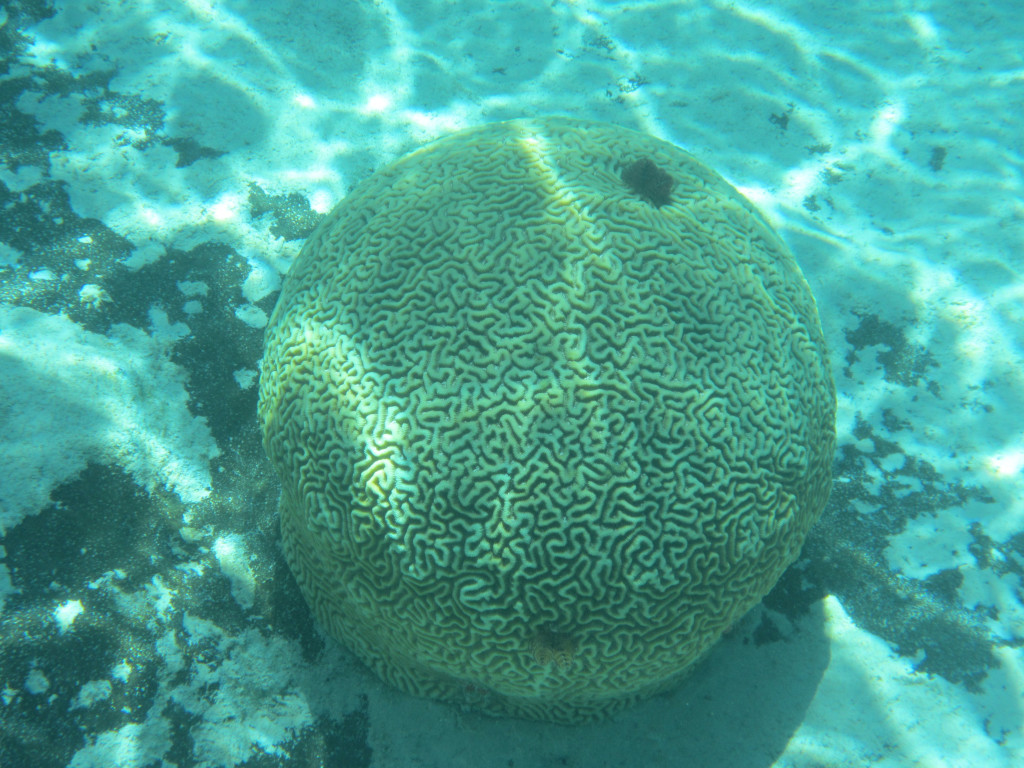 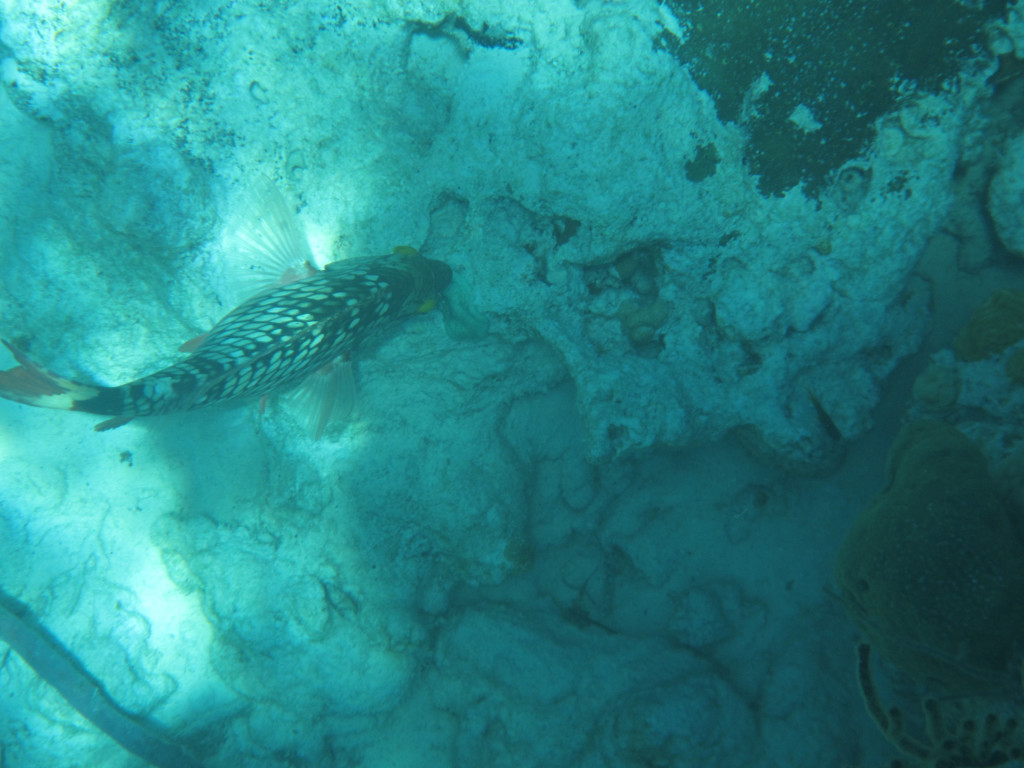 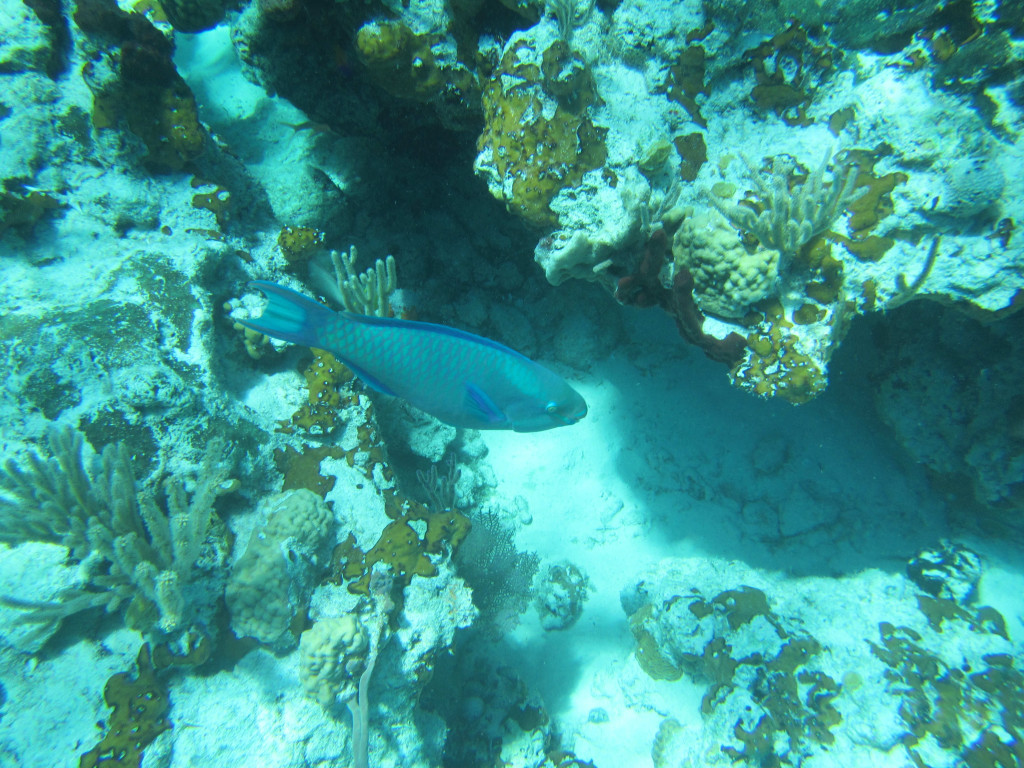 It was great snorkeling, until the hordes of tour boats arrived, dumping boat loads of adults and kids who did not know how to snorkel. They were splashing all around scaring the fish (who would come right up to you if you just floated there), and standing on the coral (which kills it). We ended up leaving a bit sooner than we wanted and went over to the plane wreck: 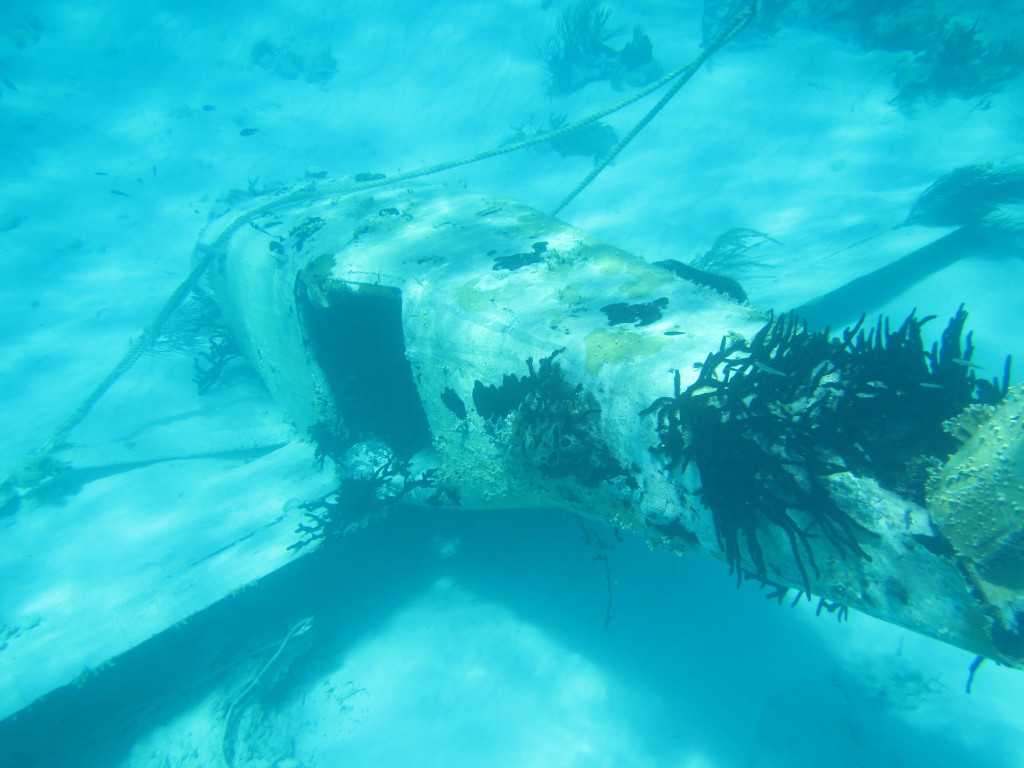 We tried to go to the caves, but the water was too rough to get close to them, so we settled for some wallowing at a deserted beach.

We left the next day and stopped at the Bubble Baths on Compass Cay. We almost missed it because we could not get the anchor to set properly. After the 3rd try we had it good enough for a couple of hours. The Bubble Bath is a tidal pool that is fed by the ocean at mid to high tide. The water splashes over the rocks and creates a frothy surface on the water. It was very cool: 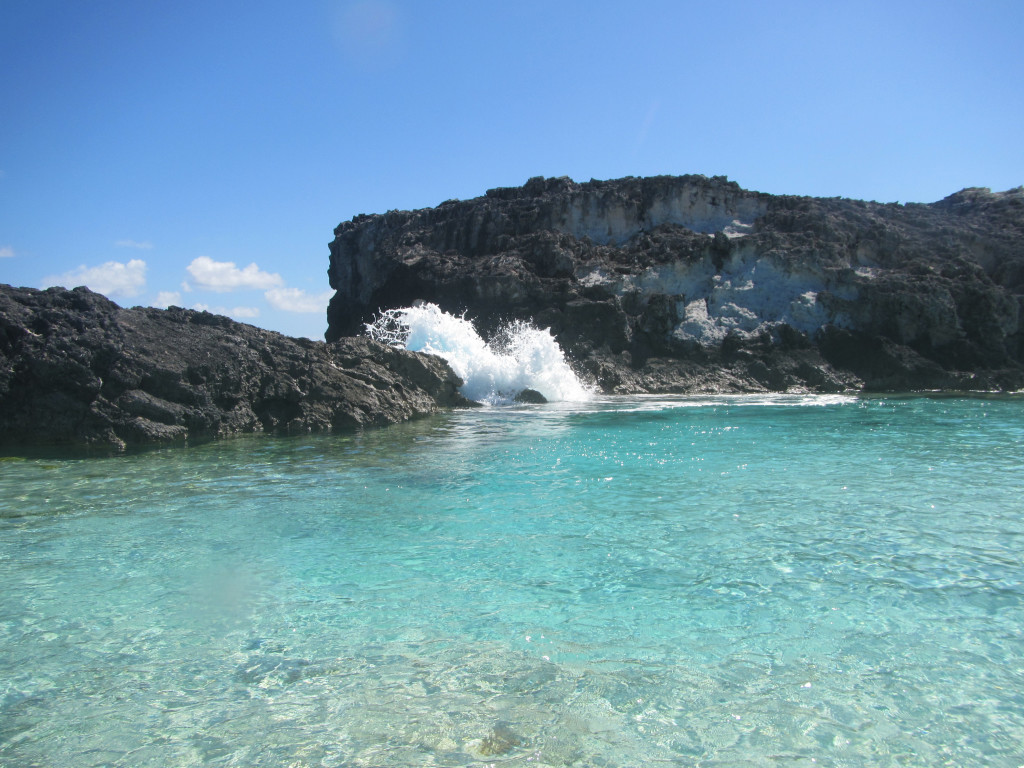 Tricia and I enjoying the bath: 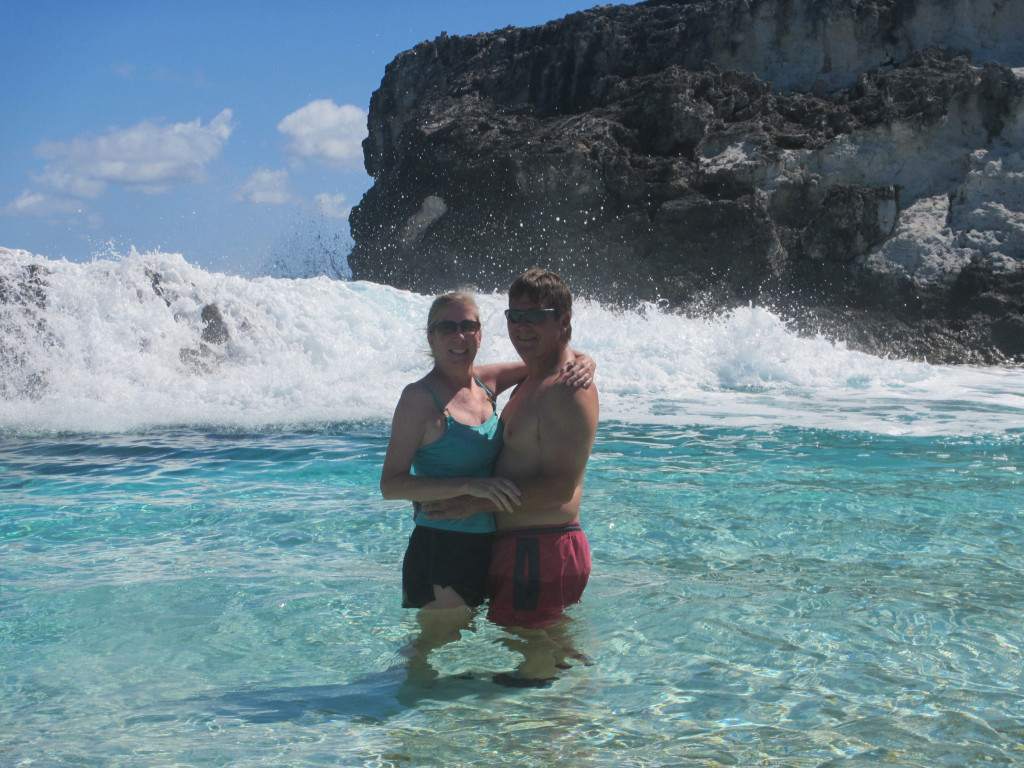 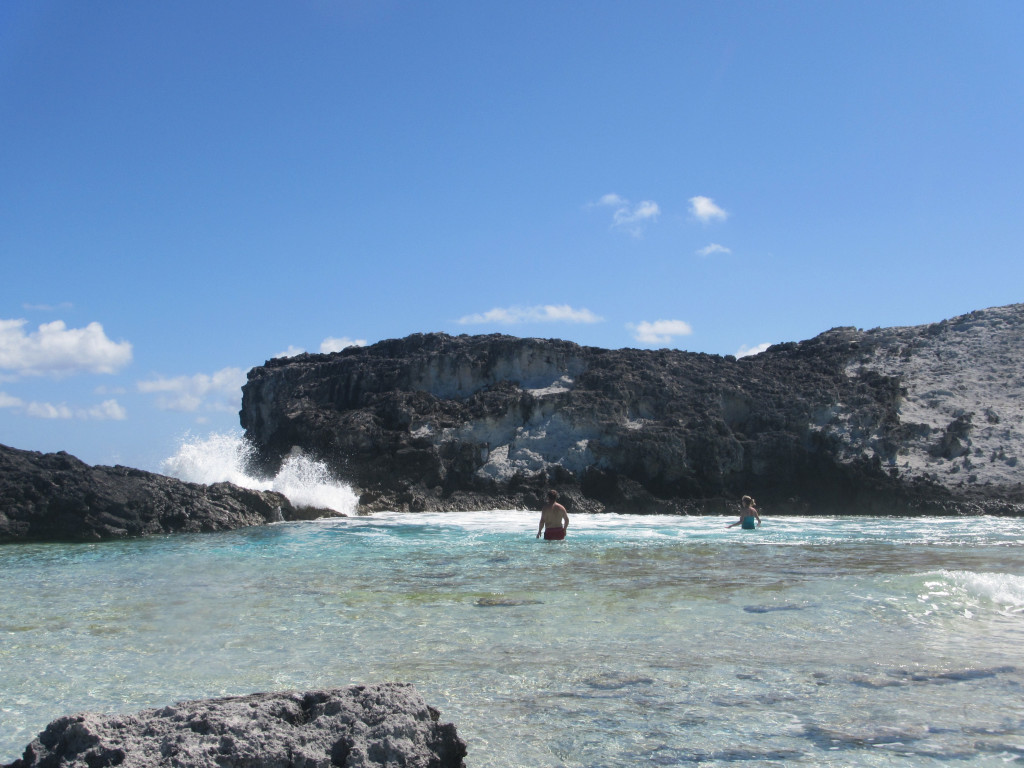 From there we headed over to Big Majors Spot. We needed to get some fuel and dispose of trash before the next leg of our trip. Big Majors is a dinghy ride to Staniel Cay. Sofia Jeanne stopped at Staniel and topped up on fuel and water and then we anchored at Big Majors. Big Majors is the home of Pig Beach and although we didn’t stop at the beach this time, Shirley got some pics: 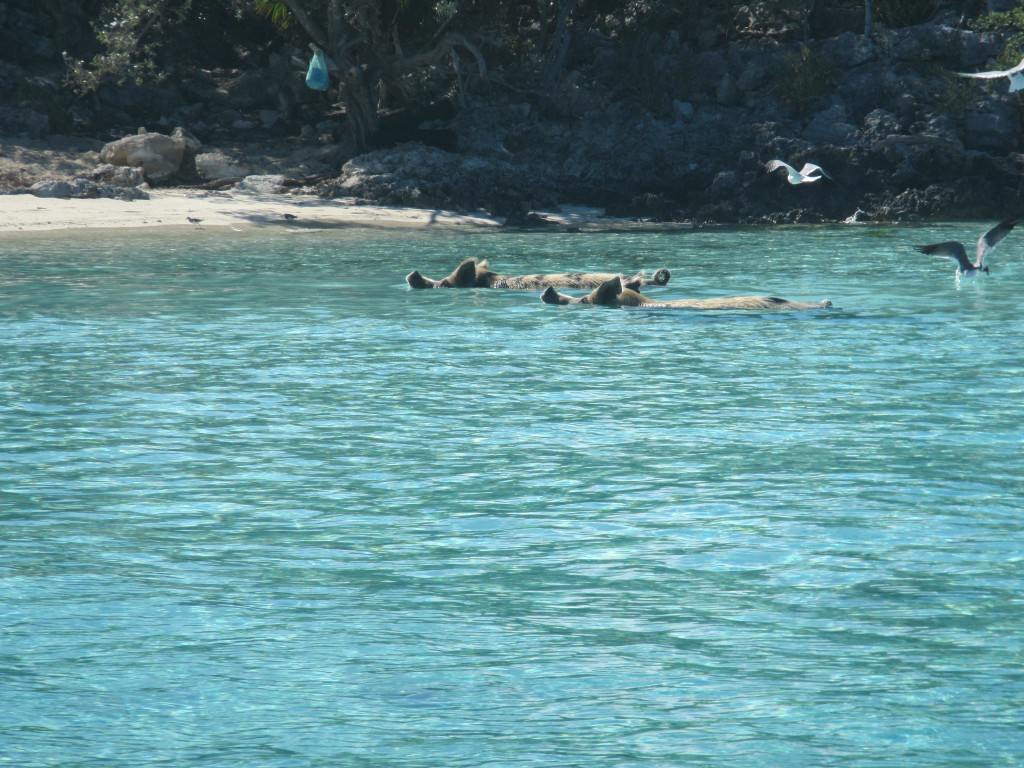 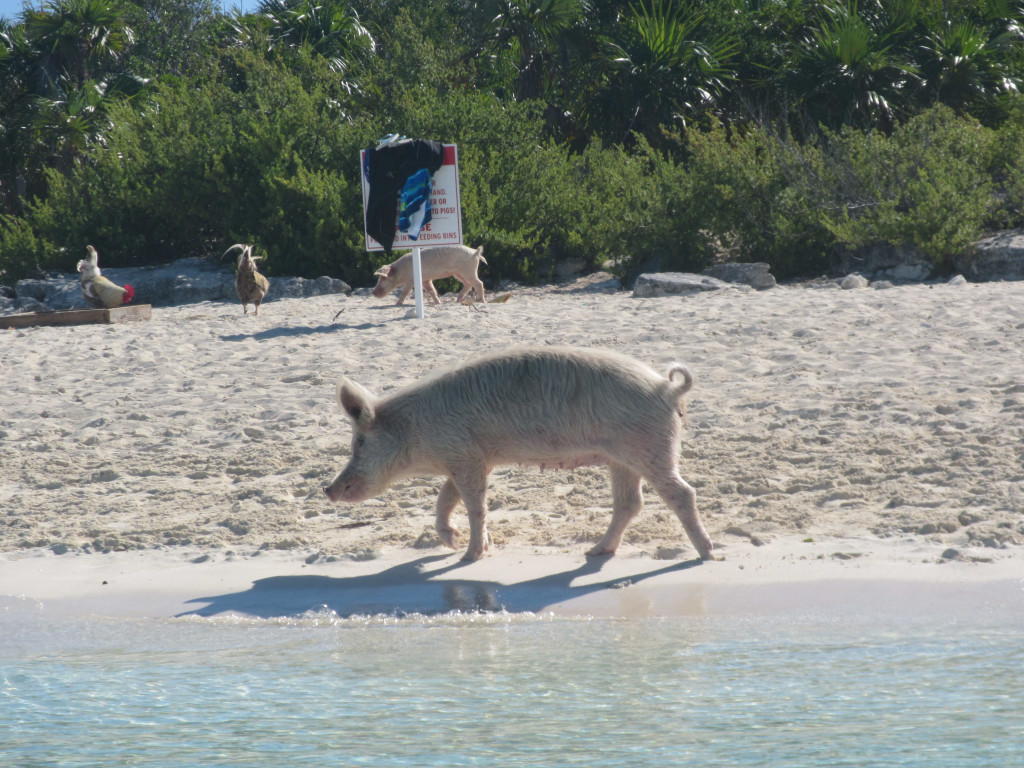 Staniel is a hot spot for big yachts. Many anchor at Big Majors. Most people want to eat at Staniel Cay Yacht Club, so the place is usually full of tourists and big yacht people. It creates a vibe that is not consistent with the Exumas, unfortunately, many are arrogant and full of themselves. We didn’t come to the Bahamas to hang with those folks, so this is not one of our favorite places. They also launch their wave runners and power boats and buzz through the anchorage at full speed, rocking and rolling everyone…not cool. They do clean fish right outside the yacht club and there are always a lot of sharks. People were swimming with them…idiots!!! 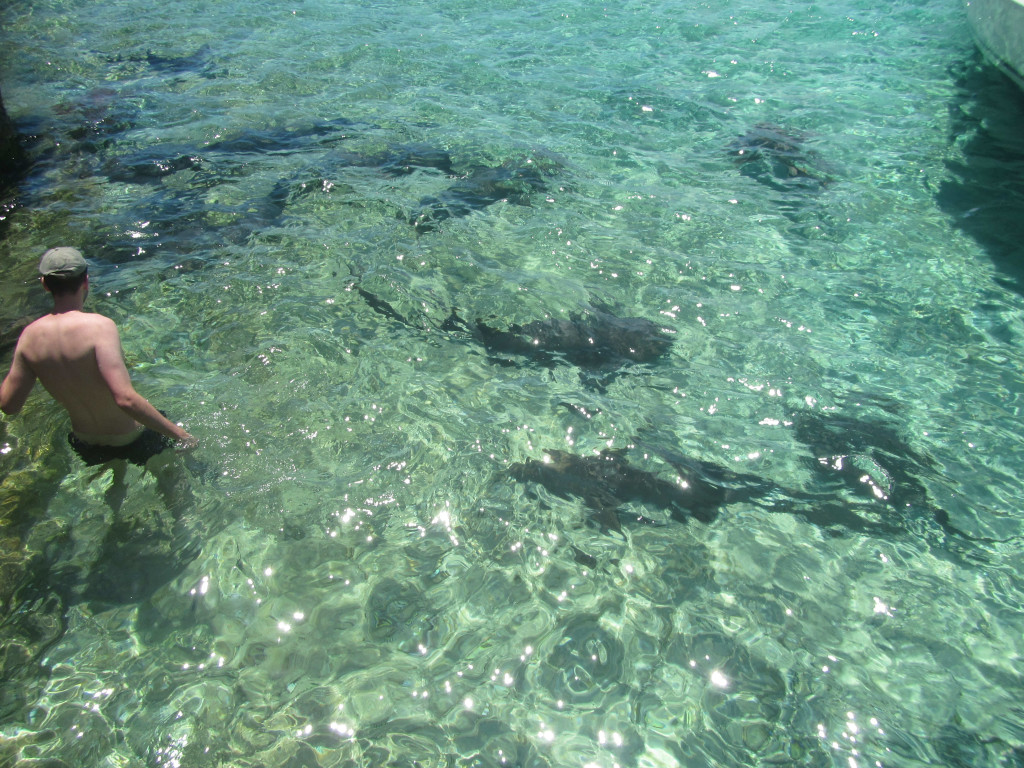 I usually refer to this type of behavior as “the thinning of the herd”.